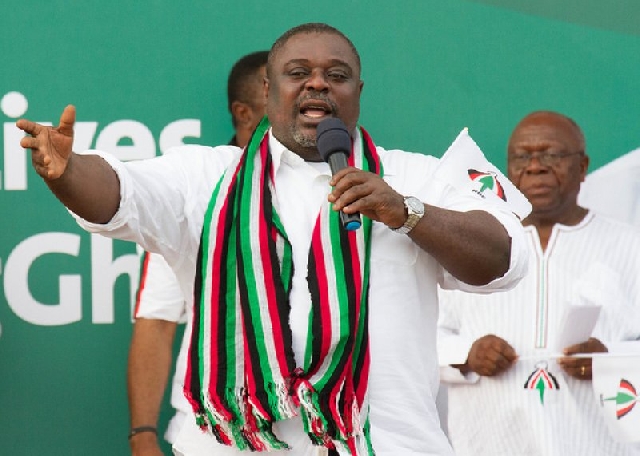 The petitioner wants Mr Anyidoho expelled on “grounds of misconduct contrary to the express provisions of the Constitution of the NDC and for actions and inactions that are inimical to the progress” of the party.

According to Mr Adjei, “This petition is grounded on many instances, ill-will speeches accentuated by malice and calculated to subject the party public ridicule.”

In the petition, dated 20 January 2020 and addressed to the NEC Chairman of the NDC, the petitioner noted that Mr Anyidoho “has consistently on his official Twitter handle made pronouncements which damages the reputation of the party.” 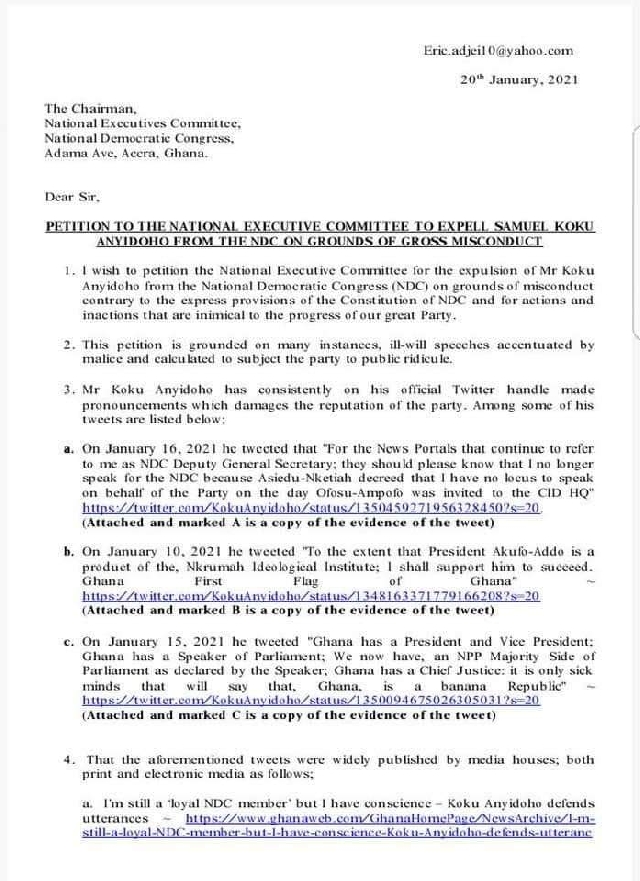