Go easy on Attafuah; he didn’t mean what he said – Otchere-Darko to NPP 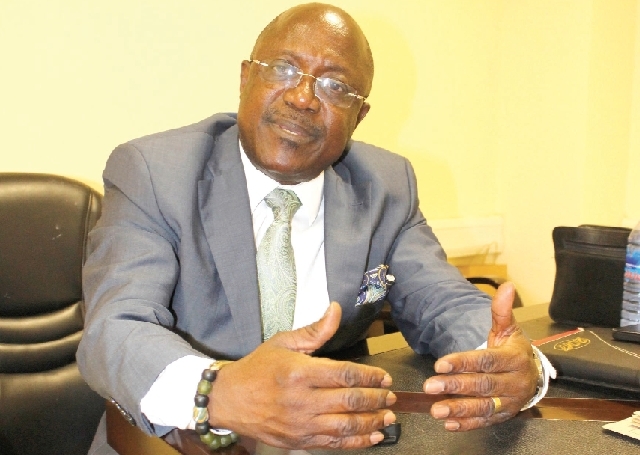 The founder of Danquah Institute, Mr Gabby Asare Otchere-Darko, has asked supporters of the New Patriotic Party (NPP) to go easy on Prof Kenneth Agyemang Attafuah, CEO of the National Identification Authority (NIA), for saying his office will not hire party executives in its recruitment process.

In a radio interview with Kumasi-based Angel FM, the NIA boss said he was focused on his mandate and would not be swayed by his detractors including party supporters.

He insisted that President Nana Addo Dankwa Akufo-Addo has charged him to ensure that no party executives are hired at the NIA.

Speaking in the Twi language, Prof Attafuah said President Akufo-Addo's vision is for him to build a neutral public service and, so, he [Attafuah] was doing what the law permits and in line with the President's legacy.

This has not gone down too well with the unemployed youth and party executives of the party who have lambasted him on social media and traditional media.

Reacting to this, Mr Otchere-Darko, cousin to President Akufo-Addo, said Mr Attafuah could have “phrased his words intelligently and with basic sensitivity.”

In a statement on Facebook, Mr Otchere-Darko called on Mr Attafuah to apologise to the party executives and youth but insisted the NIA boss did not mean what he said.

We should go easy on Kenneth Agyemang Attafuah. He clearly could have phrased his words intelligently and with basic sensitivity. He had no business stamping his feet on the expectations and hopes of unemployed party loyalists with such reckless callosity.

Very unwise, and some may even say selfish, considering he lost this same job when NPP lost in 2008 only to regain it after NPP regained office! At least, his memory and self-benefit ought to have even guided his tongue and stopped him from speaking out of turn.

My good friend, Ken, should check his excitement levels when he has an audience. It helps! The bad way he said what he actually meant to say is what has caused this whole controversy. I do not think he meant it as it came out. Surely, he couldn’t have and I know so to be the case. His loyalty to the party and party members has never been in doubt. But, he is also a true patriot. A Ghanaian always eager to serve his nation.

In this case, he jammed a foot in his mouth and shot from the hip when the nozzle was aimed at his own family jewels, so to speak. He must apologise and let’s move on.

Use this as a measure: do you actually believe Akufo-Addo would tell him or anybody in his capacity to employ “no party executive” (I mean how!) Those engaged nationwide to do NIA registration, are there no NPP polling station executives among them? Again, I doubt if, in reality, the NIA staff roll under Ken Attafuah doesn’t even have an NPP bias.

But, the principle must not be lost on us at all. Recruitments must not be based on party lines. You are a loyal citizen and competent and that must matter. It is important Ghanaians believe this to be the case. Aside NPP and NDC there are millions of Ghanaians who may not be loyalists of any party, so where do they stand in our democracy if a party card is what guarantees one employment in a public institution?

NPP should not fight this, NPP should rather see the positive spin in what he meant to say which is that for this party it is Ghana first. If you are good at what you do and can be trusted to work in accordance with the mandate and direction of the government and specifically the said institution, don’t think only a party card can get you in. That’s how we build a nation.