Handlers of Akufo-Addo are monumental embarrassment to him – Gyampo 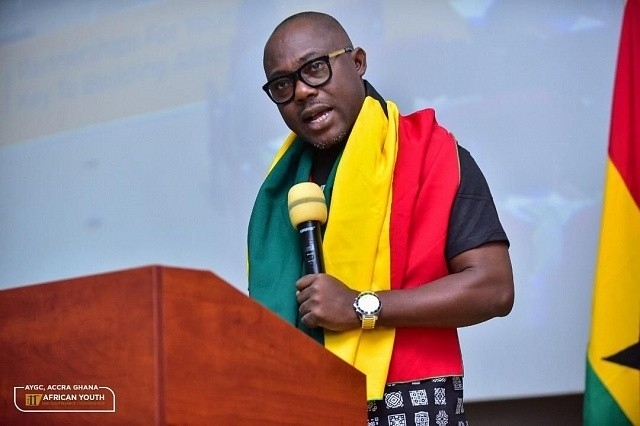 A Political Science Lecturer at the University of Ghana, Professor Ransford Gyampo has expressed worry over the handlers of President Nana Addo Dankwa Akufo-Addo.

This follows comments by President Akufo-Addo suggesting that he did not know whether the Chinese galamsey queen, Aisha Huang was deported or she fled.

Reacting to the President's statement in a Facebook post, Thursday, 16 September 2022, the Political Science lecturer noted that, as the leader of the nation, he should be privy to every information.

“I am not sure if Aisha Huang was deported or she fled the country”. Why should a whole President of ours, and C-in-C say this?

He added that: “The handlers of the President are a monumental embarrassment to the old man."

President Akufo-Addo had said he is unsure if the notorious galamsey queen, Aisha Huang, was in fact deported in 2018 for engaging in illegal small scale mining or not.

Responding to angry Ghanaians on why she was deported and not prosecuted, the Senior Minister then, Yaw Osafo Maafo, in 2019 said jailing her in Ghana will not have solved the country’s economic problems.

Osafo Maafo cited Ghana’s diplomatic ties with China and the huge investments Chinese companies are making in developing the country’s infrastructure, including the $2 billion Sinohydro deal as some of the reasons Aisha Huang was deported.

Recently, the galamsey queen resurfaced and has been busted again for the same crime raising questions as to how a deportee got access back into the country.

Reacting to such concerns in an interview on a Ho-based radio station today, 13 September 2022, as part of his tour of the Volta Region, Mr Akufo-Addo expressed doubt if she was truly deported.

He said: “I’m not still sure whether she was in fact deported. Or whether she fled the country the first time and has now come back. There still seems to be some uncertainty about it.

“But whichever way it is, she’s become the sort of nickname for all that galamsey represents”, he added.