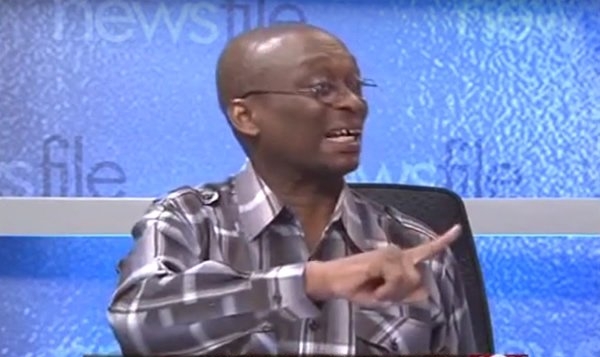 The journalist who secretly videotaped Nana Akufo-Addo in an alleged bribery situation has fled to Benin, the Editor-in-Chief of the New Crusading Guide newspaper, Abdul Malik Kweku Baako, has said.

In the said videotape, the second wife of the Director of Urban roads is seen meeting Nana Akufo-Addo through another stalwart of the New Patriotic Party (NPP) at the Nima residence of the President and giving him a fat brown envelope.

The main opposition National Democratic Congress (NDC) says it was a bribery scene involving the President but Mr Baako says the event happened in the lead-up to the 2016 elections when Mr Akufo-Addo was just a candidate.

The NDC argues that Alhaji Abass’ wife doled out the alleged bribe to President Akufo-Addo so he could keep her husband at post since there were agitations for his from office on grounds that he was a member of the NDC.

Mr Baako, however, disputes that narrative, saying it was all faked by his former protégé, who recorded the event.

“I just don’t know how I feel. This gentleman, Salis Yakubu Atsuluho, he is the guy behind the Salis newspaper, he is the guy who did the secret recording of candidate Akufo-Addo”, Kweku Baako told Accra-based Peace FM on Wednesday, 2 December 2020.

“That is the guy who was behind ‘Who Watches The Watchman 1’; that’s the same guy. Look, this is the same guy whose entry into Tiger Eye was influenced by me. That’s why I say I don’t know how I feel.

“In 2006, I was seated at the base – Coffee Shop – when this gentleman walked up to me and, in fact, opened up to me that he was an NDC activist; now he’s an NPP member.

“He’s a political prostitute and a mercenary of the highest order”, Mr Baako said, adding: “I regret because I led him to Anas Aremeyaw Anas and introduced him to Tiger Eye and in four, five months, Anas dismissed him”.

Mr Baako said “he’s the person behind Salis newspaper. He lied that I secretly recorded the President at the time Anas went to show him some excerpts of his documentary”.

“The guy we are dealing with has fled. As I speak to you, I know he has exited to Benin”, he revealed to host Kwami Sefa Kayi.

“He is a mercenary of the highest order”, Mr Baako repeated, adding: “He does these things and he sells them”.

“This boy is the one who did the recording. Unfortunately for him, we have the original. Don’t ask me how we got the original. So, when he decided to do the fake one in order to blackmail and collect money – and he collected money from some people who didn’t know the tape was fake…”

According to Mr Baako, Atsuluho doctored the tape to portray the meeting between Mr Akufo-Addo and the wife of the Urban Roads Director Alhaji Abass, as a bribery scene.

“This Alhaji Abass, innocent man, public servant, he’s been in that industry for years. Yes, it is true Mahama appointed him in 2014 but before Mahama, the man was there, he was rising from the ranks.

“This morning, I’ve learnt that the man and his second wife have decided to get their lawyers to tell those who have gone public, I’m told something happened on Adom TV yesterday, I’m told they played the fake tape on Adom TV, I wonder why the station even allowed it but whatever it is, I’m told they are being written to, to retract and apologise or risk a legal action.

“It is because it’s a fake tape.

“And you know what the boy did: he inserted a voice-over in the fake tape about Alhaji Abass’ job security to create the impression that that is the reason for which he went to see Nana Akufo-Addo.

“He calls candidate Akufo-Addo Your Excellency. Those are all insertions. They were never part of the original. The original is longer than the fake one. NDC communicators are rather suggesting that the fake one is genuine and the original is the fake. This gentleman made a mistake when he was recording so his face even got captured in the video”.