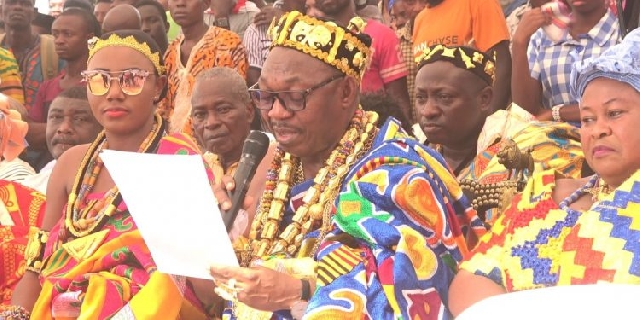 Paramount Chief of the Nyagbo Traditional Area, who doubles as an Appeals Court Judge, Justice Cleme

The Volta Regional Secretariat of the main opposition National Democratic Congress (NDC) has described as “regrettable” and “unacceptable”, the endorsement of President Nana Akufo-Addo by the Paramount Chief of the Nyagbo Traditional Area, who doubles as a Court of Appeal Judge, Justice Clemence Jackson Honyenuga.

Justice Honyenuga, in his welcome address to President Akufo-Addo at a durbar of chiefs and people of the Afajato South District, was full of praise for the Akufo-Addo-led administration.

“We wish to congratulate you for the excellent manner you are governing this dear country of ours, Ghana, and the significant gains made in the economy in your first term”, adding: “It is true that you have won high admiration, not only in Africa but also in advanced democracies.

“Indeed”, he added: “For special mention is the Free SHS, which has broken boundaries and has greatly bridged the gap between the rich and the poor”, observing: “This programme has also broken the record, which was held by the first President of the Republic of Ghana, Dr Kwame Nkrumah, who gave free education to our brothers and sisters in the northern part of Ghana”.

The chief continued thus: “Your Free SHS programme is unprecedented in the history of Ghana, in a first term, as it covers the whole country”.

The NDC Secretariat, in a statement signed by the Regional Chairman, Henry Kwadzo Ametefe, said the chief’s endorsement violates the Judicial Code of Conduct.

“While taking due cognisance of the fact that Justice Honyenuga may have made those comments in his capacity as a traditional ruler, it is reprehensible and regrettable, especially for a man, who is supposed to know our laws better than any ordinary man and to uphold and respect same,” the statement said.

“Not only is this conduct by the Court of Appeal Judge a blatant violation of the Judicial Code of Conduct but it very well sins against the very sanctity of the institution of the judiciary as we know it,” it added.

The Secretariat has called on the Judicial Council and the General Legal Council to take judicial notice of such “transgressions and take appropriate action.” 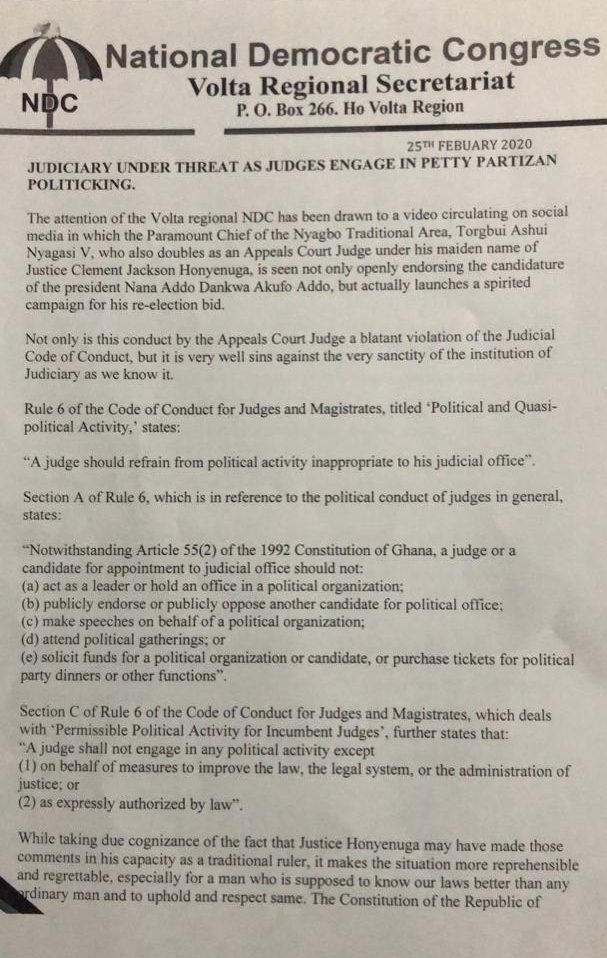 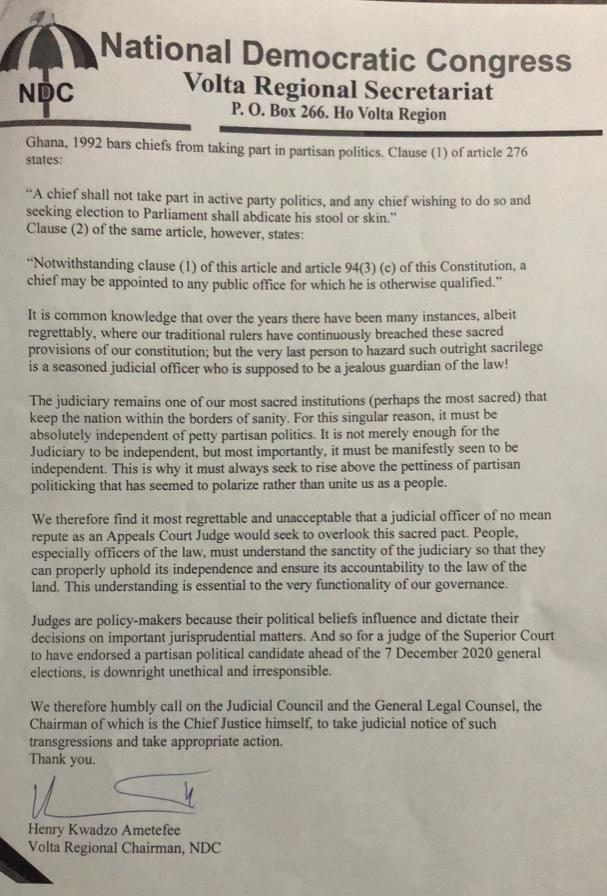