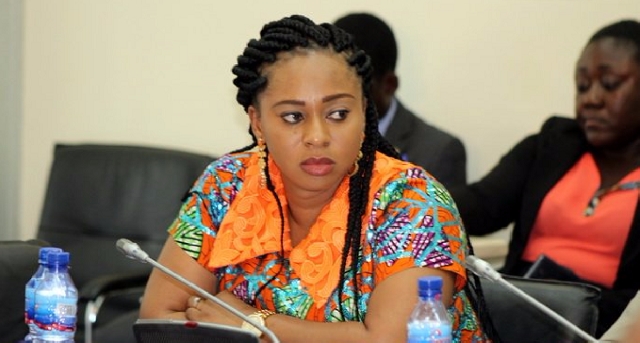 The Minister-designate of Gender, Child and Social Protection, Sarah Adwoa Safo, has said she will rebrand witch camps across the country if given the nod by Parliament’s Appointments Committee.

Many women in such witch camps are widows and it is thought that relatives accused them of witchcraft in order to take control of their husbands' possessions.

Answering questions before the Appointments Committee on Wednesday, 17 February 2021 on what she will do about the camps, Ms Safo noted that she will engage the opinion leaders of the affected areas to find a lasting solution to the problem and also rebrand the camps.

She told the Committee: “I’ll engage and visit some of the camps and engage some of these alleged witches. I’ll further engage the traditional and opinion leaders in these areas to get a very clear picture of what, indeed, ought to be done”.

“That is not to say the ministry hasn’t done anything. I’ve seen some documents which indicated that in Gambaga witch camp, for instance, the inmates, when they were engaged, only one was prepared to come back home. So, I believe that a rebranding of these camps [will do] because as far as the women are concerned they have some families in these camps.”

Quizzed by Minority Leader Haruna Iddrisu on what she meant by rebranding the camps, the Dome Kwabenya lawmaker explained: “Attempts to withdraw these women have proven difficult in the past, that is why I believe that another and a novel approach in dealing with the matter will be more prudent”.

“So, if they see it as home and the ministry supports them with the appropriate social amenities…good food, and they are given clothing, I believe that that negative branding as a witch camp will be taken away and the women also, I intend to introduce to them to some education for the need for them to know that these abuses meted to them are illegal and they can speak out and report to the police but I think the approach we’ve used in the past hasn’t worked and, so, I’ll look at a new approach.”

There are, at least, six witch camps in the country, housing a total of around 1,000 women.

Such camps can be found at Bonyasi, Gambaga, Gnani, Kpatinga, Kukuo and Naabuli, all in Northern Ghana