I never got paid as NPP Gen. Sec. – Kwabena Agyepong 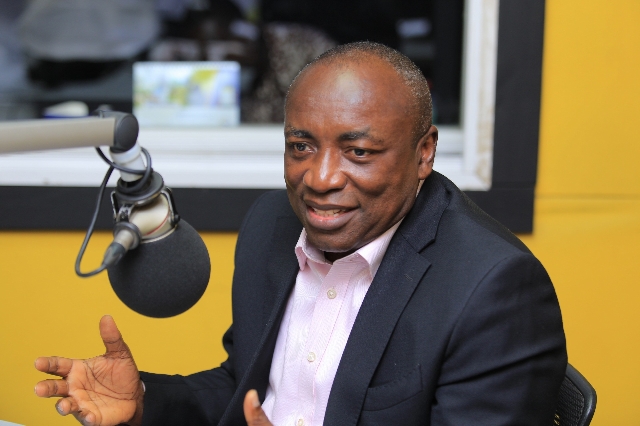 According to him, he has rather invested time and resources to promote and support the NPP because of his love for the party.

As someone who has contributed to the growth of the party, he denied earlier allegations against him that he had planned to destroy the party.

Speaking to Kofi Oppong Asamoah on the Class Morning Show on Class91.3FM on Monday, 12 September 2022, Mr Agyepong said: “I love this party, I’ve always given to this party… we helped built this structure with our hands, we will not destroy it.”

Talking about his suspension and his return to work for the party, Mr Agyepong noted: “In 2018, at the end of my tenure, I wrote to the party and said the four years has now expired because I was put on indefinite suspension and I couldn’t do any other work because I didn’t know when I’ll be called”.

“So, when my tenure was over, I was suspended as General Secretary, not as a member of the party; they never responded”, he bewailed.

He said, in his letter, he added all the expenses that he had made for the party during his time as General Secretary, adding: “I never took one cent as salary or anything and I don’t think any General Secretary has done that for this party.”

“I lived in my own resident, I was not compensated for it and general secretaries have terms of conditions of service”, he pointed out, noting: “My predecessor [Sir John], we had a room for him; in fact, the party bought a house in East Legon for him and he continued to stay there even when I was General Secretary and I continued to live in my residence,” he said.

Mr Agyepong noted: “I’m just saying this just to clarify the situation and let people appreciate the kind of treatment that I’ve been subjected to by a party that I have dedicated my youth to serve and to serve well for the last 30 or so years and I think at the point, I was surprised certain elders of this party, whom I’ve worked with from Adu Boahene’s time, did not [intervene]”.