I’ve not consented to 2024 posters – Bawumia 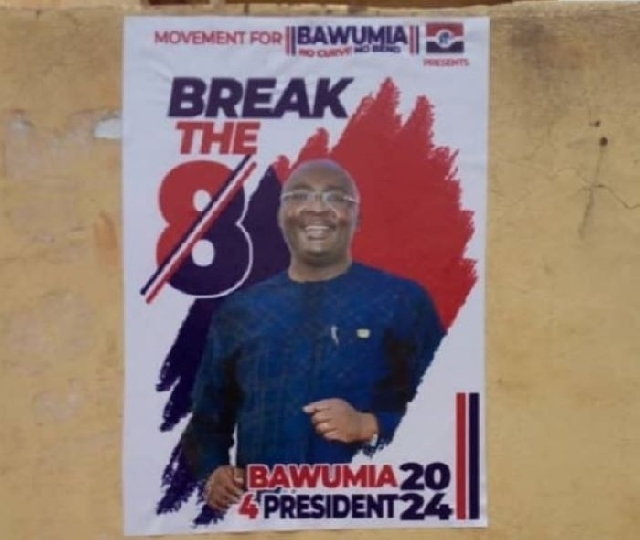 The Office of the Vice-President has said Dr Mahamudu Bawumia has not given his consent to the proliferation of posters around the country promoting him as the candidate of the New Patriotic Party (NPP) for the 2024 elections.

“The vice-president remains focused on assisting the President in the execution of his agenda to transform Ghana.

"This is where everybody’s focus should be,” a statement from Dr Bawumia’s office said.

Posters promoting Dr Bawumia as the NPP’s 2024 flagbearer have been awash on social media for the past few days, raising concerns among some party supporters who believe he is flouting the party’s rules and regulations since the party has not opened nominations for the 2024 flagbearer race. 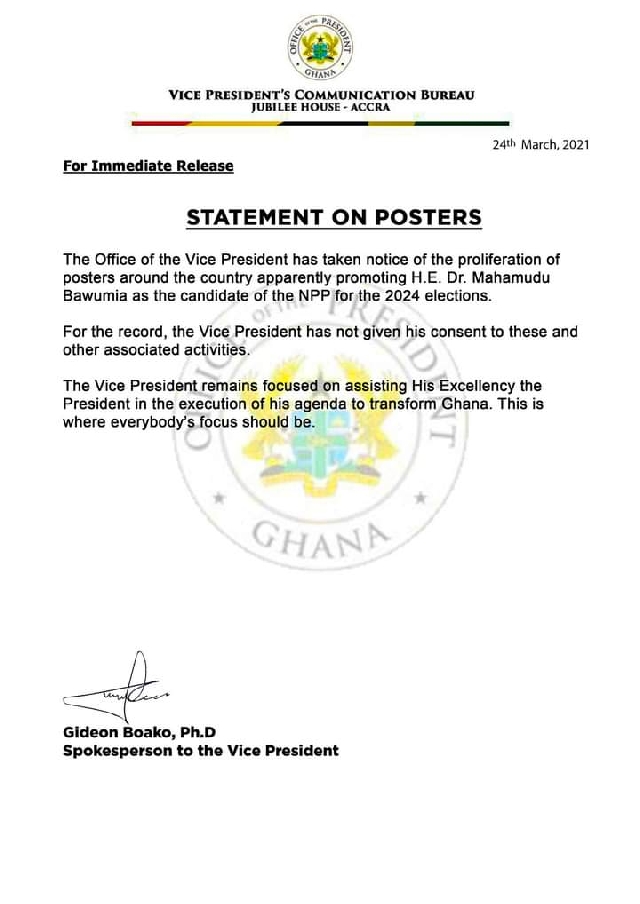 A group identifying itself as the NPP Grassroots recently said Dr Bawumia’s premature flagbearer campaign could send the party into opposition.

Another group called Patriotic Agenda Pushers (PAP) called on him to demonstrate that he was not in support of the circulation of materials advertising him as the next leader of the NPP.

Dr Bawumia has, however, remained silent until now.