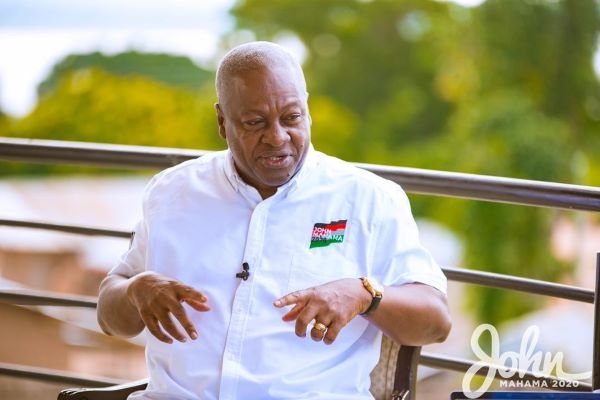 Mr Mahama wondered if being a former President means being exempted from commenting on issues of national interest, particularly when things are going bad

Former President John Mahama has responded to critisms by the Attorney General, Godfred Yeboah Dame on the former’s perception about the country’s judiciary.

According to the former President, it is his duty to speak on such matters, so the AG cannot take away that right from him.

Speaking in an interview with Accra-based TV3, Monday, September 12, Mr Mahama said: “The Judiciary is the last arbiter.

“We can disagree, and we can have quarrels in Parliament eventually when we are unable to agree, we all go to the justice system and we must have confidence that it will do fairly and will do so according to the law and in the public interest that’s all I was saying.”

Mr Mahama wondered if being a former President means being exempted from commenting on issues of national interest, particularly when things are going bad.

“So how he can interpret that to mean that I was imprudent and bla bla bla. So if you are a former president and you see something going on in the country you have no right to talk about it? Is that what he is saying?,” the former president quizzed.

He added: “No, I won’t let him take that right away from me. If I see something going wrong, I will point it out. It is my duty to do so,” he said.

Mr Mahama had recently said the image of the country’s judiciary had deteriorated.

Speaking at the National Democratic Congress (NDC) Lawyers’ Conference, on Sunday, 28 August 2022, Mr Mahama said: “So badly has the image of our Judiciary deteriorated that many of our citizenry openly make mockery of our justice system and of our justices. The phrase ‘Go to Court’ is these days met with derisive laughter, instead of hope that one will truly get justice”.

Reacting to Mr Mahama’s claims, the AG had described the former President’s concerns about the judiciary as embarrassing and unjustified.

“It was a great dismay and embarrassment that, I heard a person who has occupied the highest office of state, that is the former President recently launched an unwarranted attack on the integrity of Ghana’s Judiciary. I observe that, this was the latest installment of systematic attack by the former President, albeit unjustified,” Mr Dame said, while addressing lawyers at the Ghana Bar Association Annual Conference in Ho on Monday, 12 September 2022.

According to the AG, the former President’s comments dints the image of the judiciary.

“I am compelled to comment on same in this address because they border on the security of the state and constitute a deliberate pattern of conduct aimed at undermining the independence of the Judiciary, an arm of government whose autonomy is crucial to its proper functioning”.

The AG further described the former President’s conduct as “deplorable.”

“Such conduct is clearly deplorable, coming from one who has occupied the highest office of President and aspires again to that office. At this moment, it is important for all to note that I express this sentiment not because I stand in opposition to former President Mahama as a politician.”