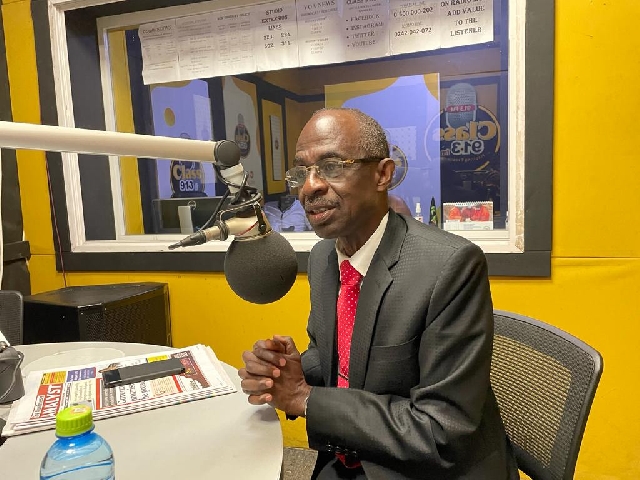 The Inter-Party Advisory Committee (IPAC) of Ghana’s Electoral Commission (EC) is not a proper forum any longer under Chairperson Jean Mensa, a situation that has bred mistrust between political parties and the EC, the General Secretary of the National Democratic Congress (NDC), Mr Johnson Asiedu Nketia has said.

According to him, the EC, under Mrs Mensa, does not listen to IPAC’s advice on election matters.

“IPAC is not a proper forum any longer”, he observed, explaining: “It has ceased to be the IPAC under Charlotte Osei, the IPAC under Afari-Gyan; it is now Jean Mensa’s IPAC and Jean Mensa has decided that IPAC should be a means of just the Electoral Commission informing the parties [about] what they have decided to do,” he stated.

Speaking on the mistrust between the EC and political parties on the Class Morning Show on Class91.3FM on Tuesday, 9 August 2022, Mr Nketia said: “The problem is not even with NPP, the problem is with Jean Mensa and the EC.”

He explained: “When the Afrobarometer survey findings came out and the national security strategy document also identified this mistrust, there are institutions in this country which have taken it upon themselves to try and do something”.

“One key institution which has the mandate to make peace in the country is the Ghana Peace Council. They wrote to us to meet us to discuss with the Electoral Commission with the hope that the IPAC will return to its original mandate”, Mr Nketia revealed.

He continued: “We met them, they listened to us, we put our case across and we got the belief that they were convinced by the argument we had made, so, they indicated that they will organise a series of meetings”.

He said other civil society organisations have tried to meet the EC Chair, especially over the use of the Ghana card as the only identity document for voter registration but to no avail.