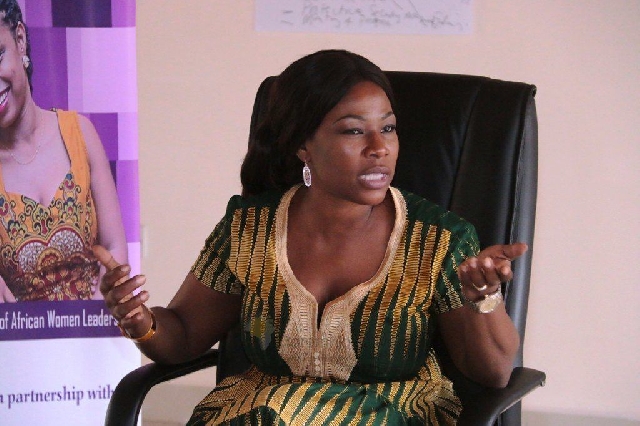 The Essikado-Ketan Parliamentary candidate of the National Democratic Congress (NDC) in the 2020 polls, Dr Grace Ayensu-Danquah, has pulled out of her case against the New Patriotic Party's Joe Ghartey, MP for the same constituency, who, she insists, was fraudulently declared the winner by the Electoral Commission.

Dr Ayensu-Danquah’s decision, according to her, is because of disappointment and frustration, especially as the case, which has dragged on for close to two years, with no end in sight, continues to drain her time and commitment towards rejuvenating the party at the constituency level.

Dr Ayensu-Danquah, who is an American-trained Burn Reconstructive Surgeon, has also debunked syndicated media reports suggesting she was fined for chickening out of the case.

According to her, Counsel for the plaintiffs demanded GHC500,000 but the Judge, Justice Richmond Osei Hwere, declined the request and instead handed them (the 1st and 2nd respondents, i.e. the Electoral Commission and Joe Ghartey) the initial GHC20,000 deposited to settle administrative fees.

The 2020 Essikado-Ketan NDC candidate in her petition to the Sekondi High Court, cited several infractions during the coalition of votes which changed the figures in favour of the incumbent MP, Joe Ghartey.

She avers that illegality resulted in the EC declaring results based on the second respondent, Joe Ghartey’s own pink sheets, which gave him — 26,701 valid votes compared to the NDC candidate — 24,527, while Ghana Union Movement’s (GUM), Frank Cobbinah Parliamentary candidate polled just 629.

But Dr Grace Ayensu, in her termination plea before Court raised a number of concerns.

That to date she and her lawyer, Daniel Ametepe, have complied fully with all orders of the High Court and have pursued the matter with the utmost zeal and diligence but the 1st Respondent has not yet complied with pre-trail orders of the Court by the failure to file his witness statement and pre-trial checklist.

That 20 months after she first filed the action, a lot of water has gone under the bridge and upon serious reflection and consultation, "I have decided to let go and rather help my party focus on the future reorganisation as Election 2024 is not too far away,” she explained.

She has since described twists on the development and the Court’s decision to fine her as mischievous and lacks appreciation of how the case travelled and her reason to move on.

“It is left with just about two years to the next elections but because of this case, not much in terms of development is happening in Essikado-Ketan, but just confusion,” her lawyer, Mr Daniel Ametepe, explained to journalists, after the hearing.

“We filed a witness statement for three witnesses to come before the court to narrate what happened on the 7th and 8th of December 2020 because we had a case,” he continued: “Joe Ghartey’s lawyer filed a motion for the case to be dismissed but he lost that case and still went ahead to file an appeal to that ruling.”

“Even the appeal that Joe Ghartey made his lawyer file, he is not pursuing it,” Mr Ametepe noted, indicating: “This is all to create uncertainty in the High Court.”

“So, the processes that we have taken to terminate the case [are] part of the rules of the court. That is why the judge granted our case of discontinuation,” he concluded.