It’s ‘miserable’ being an MP in Ghana; I forgot to pay my kid’s school fees while paying those of others – Ex-MP 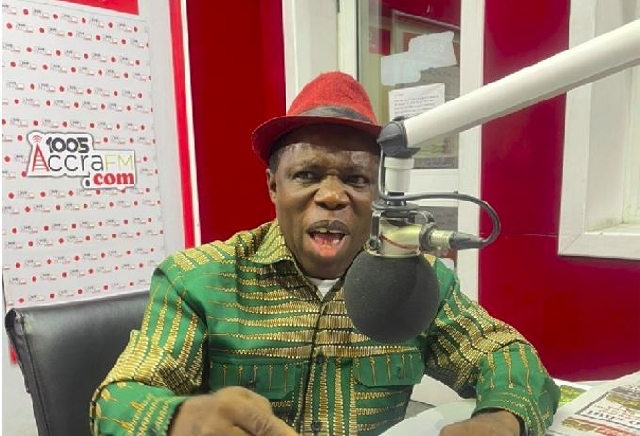 A former National Democratic Congress MP for the Buem Constituency in the Oti region, Mr Daniel Ashiamah, has said while in parliament, “I was paying the medical and school fees of people in my constituency and failed to pay the secondary school fees of my son”.

He revealed: “While I was paying these huge sums of money as fees for people in my constituency, my son was being sacked from school over my failure to pay his fees”.

“I guess I must have forgotten about him because his fees were so so small in the scheme of the fees that I was paying for my constituents’ children”, he added.

Speaking to Kwame Obeng Sarkodie on Accra100.5FM’s morning show Ghana Yensom on Friday, 13 May 2022, Mr Ashiamah said: “As an MP, I took the decision not to use my allocation from the Ghana Education Trust Fund (GETFUND) to pay fees for my children, so, my immediate family was suffering while my constituents were enjoying”.

The former MP, who entered parliament as a result of a by-election, said being a lawmaker looks prestigious from the outside but miserable on the inside because of the wanton expenditures he and his colleagues are compelled to make which are way above their salaries.

In his view, being an MP is one of the most miserable careers in Ghana.

Apart from school and medical fees, he was compelled to be making donations at funerals, weddings and other social gatherings.

“I came to parliament through a by-election and after all the work I did for the Constituency, they insisted I go for a term”, explaining how working as MP can be depressing.

“In this situation, if you have not planned your life, what will you do?” he wondered.

He cautioned young politicians to think carefully about their ambition to enter parliament since, according to him, it is not easy being there.

“If you don’t have the vision to be in parliament, you do not have any business being there”, he warned.