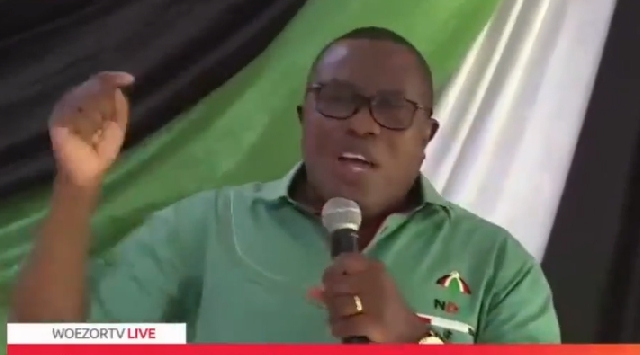 The National Chairman of the main opposition National Democratic Congress (NDC), Mr Samuel Ofosu-Ampofo, has warned persons campaigning to unseat incumbent MPs of the party, to desist from such acts or face disciplinary action.

According to Mr Ofosu-Ampofo, it is anti-party for any person to begin campaigning when the party has not opened nominations to that effect.

He said the NDC will not countenance such divisiveness in the party.

Speaking with party stakeholders in the Oti Region during former President John Mahama’s ‘Thank You’ tour, Mr Ofosu-Ampofo noted that the party will not prevent anybody from pursuing their ambitions but timing, in his view, was key.

“Some of our MPs are not even a year old in parliament; they have a four-year mandate but people have started campaigning for their seats”.

“It is not acceptable,” he said.

“Those activities are classified as anti-party activities and they are punishable by law in the NDC constitution”, he warned.

“So, whoever campaigns when we have not opened nominations, we’ve not said we want any MP anywhere, if you’re fished out, we will use the party’s constitution to discipline you…” he warned.

Mr Ofosu-Ampofo noted that he will support any disciplinary action against people who want to foment trouble and divide the party.

“I’m not saying nobody should pursue their ambition but there’s time for everything,” he added.