Kissi Agyebeng told me he had no hand in, connections with Agyapa deal – Nimako 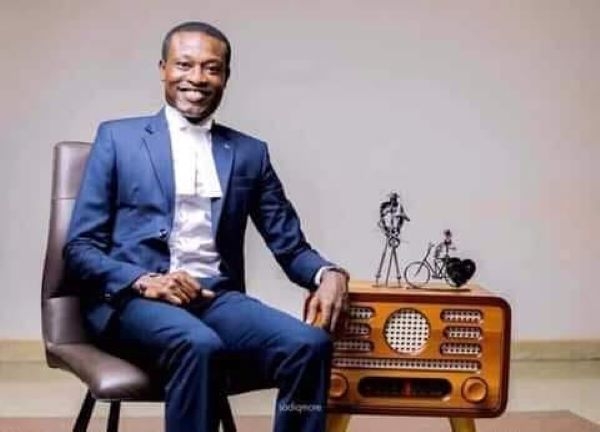 Special Prosecutor nominee Kissi Agyebeng has denied having any hand whatsoever in the controversial Agyapa Royalties deal as speculated and claimed by his critics following the announcement of his nomination by Attorney General Godfred Dame.

Speaking to Eugene Bawelle on Class91.3FM’s current affairs programme ‘The watchdog’ on Saturday, 1 May 2021, Mr Gary Nimako, a member of the governing New Patriotic Party’s legal team, revealed that Mr Agyebeng, in a private phone conversation, denied having any links to or dealings with the botched mineral royalties deal.

“This is a matter where we are talking about the person’s dealings with Agyapa whatever royalties and the gentleman says that: ‘I’ve not dealt with Agyapa Royalties’”, Mr Nimako said.

According to him, “when the point was raise for the first time, I personally called him and I asked him that: 'I’ve heard on the radio that he had some dealings or connections with Agyapa' and he said: 'My brother, look, Agyapa; I was not even consulted, I had no idea about Agyapa, I've not dealt with that matter in one way or the other'".

He said Mr Agyebeng is silent on the allegation “because he has been nominated” and “cannot come out to speak. He cannot speak”.

“Maybe, at the vetting, he would be asked and he would have the opportunity to really respond”, Mr Nimako added.

As far as the issue of Mr Agyebeng’s closeness to highly-placed people in government or with connections to the government is concerned, Mr Nimako said that was neither here nor there.

He said if that were the case, “then nobody can do anything in this country because as a matter of fact, we go to court and, sometimes, the judge sitting on the matter could be your classmate; he won’t recuse himself, he will deal with the matter and rule against you and pack your books and your diary and you go away and come and appeal, which may go in your favour or otherwise”.

One of the harshest critics of Mr Agyebeng following his nomination is Mr Martin Amidu, the very first occupant of the Office of the Special Prosecutor.

The former Attorney General resigned citing interference from President Nana Akufo-Addo, particularly in connection with his corruption and anti-corruption risk assessment report on the Agyapa deal.

In an article, Mr Amidu drew close connections between Mr Kissi Agyebeng on the one hand and the Attorney General as well as the owner of Asaase Radio, Mr Gabby Asare Otchere-Darko, who also happens to be a cousin to President Akufo-Addo, on the one hand, to buttress his assertion that the nomination was a carefully crafted plot by “persons implicated in the Agyapa Royalties Transaction corruption assessment report to pressurise the President to appoint their surrogate as the Special Prosecutor to safeguard their interests”.

Mr Amidu, who described Mr Agyebeng as the “Agyapa Special Prosecutor” and a “surrogate” said the nominee “is a personal friend and classmate of the Attorney General, and the owner of Asaase Radio, all of whom attended the University of Ghana’s Faculty of Law, and Ghana Law School”.

It must, therefore, be worrying to any patriotic Ghanaian not afraid of the culture of silence to see Asaase Radio undertaking political propaganda beginning on 25th April 2021 to 26th April 2021 to prepare the minds of the Ghanaian and international public to accept the surrogate of the alter ego of the Asaase Radio station and Africa Legal Associates as the Special Prosecutor as mandated under section 4(1) of the Office of the Special Prosecutor Act, 2018 (Act 959). In the attempt of persons implicated in the Agyapa Royalties Transaction corruption assessment report to pressurise the President to appoint their surrogate as the Special Prosecutor to safeguard their interests, the online reportage of Asaase Radio resorted to direct fabrications, lies, and omissions against me in its narration of the reasons for my resignation.

The post on the Asaase Radio online website by one Wilberforce Asare states in respect of my resignation that: “His [Martin Amidu] reasons for resigning were roundly criticised by civil society actors, who maintained that the law offered him enough protection to stay in office and perform his duties without interference and that there was no clear evidence of any executive interference that should have triggered his resignation.”

Asaase Radio and its alter ego did not have the courage to point out one civil society actor who expressed the fabrication it was putting out to the public to aid the appointment of its new surrogate and preferred “Agyapa” Special Prosecutor.

Asaase Radio also shamefully pretended not to have read my rejoinder giving further and better particulars on my resignation dated 26th November 2020 to the Secretary to the President’s supposed reply to my resignation letter which we now know by experience that the President might not have instructed to be written at all. My functions or my judgment and decision as the Special Prosecutor to resign my office under Act 959 was not subject to the supervision or judgment of civil society actors let alone those of them who secretly attend government policy-making meetings as I had occasion to point out in writing previously.

In exercise of brazen impunity, Asaase Radio reported online a matter which never featured in my resignation for pure political propaganda to facilitate and enhance the status of its surrogate “Agyapa” Special Prosecutor even before the President could indicate his acceptance of the nominee and forward a request to Parliament.

What has the nomination of a Special Prosecutor by the Attorney General which was awaiting the pleasure of the President got to do with the reportage by Asaase Radio that: “Mr Amidu, a veteran member of the opposition National Democratic Congress, who rose to become vice-presidential candidate and Attorney General, fell out with the Mills administration over what he described as a matter of principle over alleged executive connivance in dubious multi-million dollar judgment debt?”

Didn’t the President know these facts when he invited me and convinced me to accept to be the first Special Prosecutor? Was the President expecting me to close my eyes to corruption in his government when he personally sought my acceptance and transmitted my nomination to Parliament? Did I, as a public officer, continue to be a member of the National Democratic Congress (NDC) upon my nomination and subsequent appointment as the Special Prosecutor? Was my supposed disaffection with NDC the reason for the President referring the alleged Airbus bribery case to me for investigation?

Asaase Radio and the nominator of the proposed new Special Prosecutor know or ought to have known the extent of the involvement of their surrogate as a lawyer for suspects in pending suspected corruption cases in which the government showed an undue interest in the Office of the Special Prosecutor which I await to see how independently and impartially those cases will be handled to conclusion should the President submit the name of the nominee to Parliament, he is approved, and then appointed. I read Sir Sam Jonah’s exposé on impunity, corruption, and other “isms” militating against the fight against corruption in government and the economy before reading the series of propaganda publications by Asaase Radio on its preferred and proposed new Special Prosecutor. No impartial observer can disagree with Sir Sam Jonah’s reflections except beneficiaries of the system who loot from the public purse. The fight against corruption in Ghana has been and is still in State Capture. Mark my words!

By all means, let anybody root for his or her preferred Special Prosecutor as an insurance against prosecution for corruption in Government but leave me out of the propaganda. I am honouring an undertaking by my silence in not commenting on public affairs. Stop tempting me to speak by the defaming propaganda against me. It will not be in anyone’s interest.