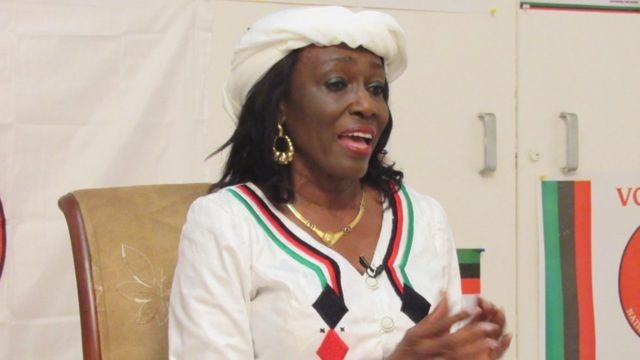 A political analyst and lecturer at the Cape Coast University in the Central Region has given thumps up for the call for the leadership of the opposition National Democratic Congress (NDC) to prevail on the wife of the late former President Jerry John Rawlings to return to the fold of the party.

Last week the daughter of the late former president and NDC’s Member of Parliament for Klottey Korle Constituency in the Greater Accra Region, Zanetor Rawlings at a memorial service held in remembrance of the passing of the founder of the NDC called on the leadership of the party to take steps to ensure her mother, Nana Konadu Agyeman Rawlings who was one-time Vice-chairperson of the NDC is brought back to the party.

Mr Jonathan Asante Otchere supported the call for the wife of the founder of the NDC to rejoin the party in an interview on Monday, November 15, 2021 on the mid-day news on Accra 100.5FM.

According to the political analyst, this is a step in the right direction for the NDC.

He said the move if achieved will go a long way to appease the soul of the former president.

He urged the NDC to as matter of urgency take the call by the daughter of the former First Lady Nana Konadu Agyemang Rawlings very important and work towards that direction.

“It must be said that the wife of the former president who left the party to form her own party by name National Democratic Party (NDP) over some disagreements whilst in the party has organizational skills,” he noted.

He explained that all said and done the abilities of the former First Lady to organise women must be paramount to the NDC as a party going into the 2024 general elections.

He added that since the former First lady left, the party has lost and won elections but the symbolism of her return is important