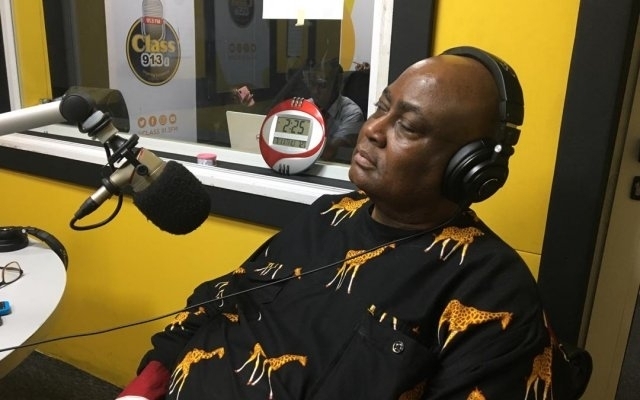 The disgruntled grassroots members of the governing New Patriotic Party (NPP) who are demonstrating against President Nana Akufo-Addo’s list of metropolitan, municipal and district chief executive nominees have been hired to do so, political pundit Ben Ephson has said.

According to Mr Ephson, the best option for the assemblymen and women of the various metropolitan, municipal and district assemblies is to vote against the president’s nominees if they are unhappy with the list and, thus, demonstrating and vandalising property betrays the up-to-no-good scheming of some interested political elements who have paid people to cause mayhem.

His comment comes on the back of pockets of disturbances that have greeted the president’s list of MMDCEs across the country.

In Chereponi in the North East Region, some angry youth on Sunday, 19 September 2021, destroyed some structures over the nomination of Zuwera Mada Nashiru as the District Chief Executive.

The timely intervention of the district police de-escalated the tension.

Reacting to this development on the Class Morning Show on Class91.3FM on Monday, 20 September 2021, Mr Ephson noted that destroying property was not the solution to getting the president to change his mind about his nominees.

The pollster told show host Kofi Oppong Asamoah that: “If those supporters are actually on the ground, it will be reflected in the voting to confirm the MMDCEs”.

“If people are not paid to go out and demonstrate against the president’s choice and the person is popular, the various assembly members are voted in, so, ‘if I support Mr A and Mr B is chosen and I’m angry, I’ll tell my assembly member not to vote to support this person; if you do, the next assembly election I’ll not vote for you.’ This is where the reflection will be because those who are agitating how many of them are actually foot soldiers?

“So, if you’re angry and the district assemblies work at the grassroots level, then there’s no need to demonstrate. They’ve been hired and paid and, unfortunately, it is not going to help them because the long period has given an opportunity for them [MMDCE nominees] to be able to gather their things well …,” he stated.

Asked who had been paid, Mr Ephson said the demonstrators.

He further stated that the bankrollers behind the demonstrators are “the interested people, the businessman and my good friend the incumbent MCE and he’s not been given the appointment again, ‘I’ll ask people to demonstrate as if that will change the president’s mind.’”

He advised the demonstrators against acts of vandalism, saying: “It is a better option for you to go and talk to the assemblyman when it comes to confirmation and say: ‘Don’t confirm the person nominated by the president.’”