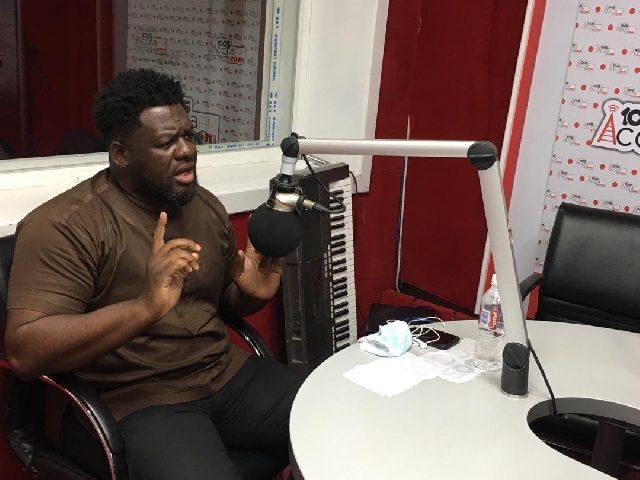 According to him, all the warnings to NAM1 prior to the regulator’s closure of the gold collectables business of the young businessman, were “senseless”, since, according to him, rather than protecting the customers’ interest, as indicated by the central bank in its public notification, its actions, instead, worsened their lot.

“If you say you’re coming to protect somebody and then you leave them in a worse state than you met them, then it doesn’t make sense”, he told Kwabena Bobie Ansah on Accra100.5FM’s The Citizen Show on Monday, 3 August 2020.

He said prior to the Bank of Ghana’s intervention, Menzgold was “doing well”.

“There had never been one case in which Menzgold couldn’t pay any client”, he asserted, insisting: “Never in its five-year operations until these people came”.

“No-one ever complained until these people came. They targeted an individual”, he noted.

Apart from being a businessman, Bulldog observed that NAM1 was really “helping the creative arts industry in Ghana”.

“… Shatta Wale, Stonebwoy, Becca, Kumi Guitar, Joyce Blessing, Obibini – these are young acts that were struggling or had struggled to get to where they are. Nana Appiah Mensah took these artistes seriously”, he said.

“He bought each of them a house – mansions; he bought everybody a car, those names that I’ve mentioned.

“Those of us working there, everybody was sorted”, he said.

“As we speak to you today, my car, cars of all of the workers, Shatta Wale, Stonebwoy, have all been seized and parked at the CID office for the past two years.

“So, you ask yourself: what did Zylofon do? They shut Zylofon down. They shut the FM station and TV down for a while before allowing them to resume operations but the harm to the business had already been done”.

Asked by the host if he concurred with people who say the financial sector clean-up exercise was done out of hatred, Bulldog answered in the affirmative.