NPP has abandoned my projects but I’ll continue theirs – Mahama 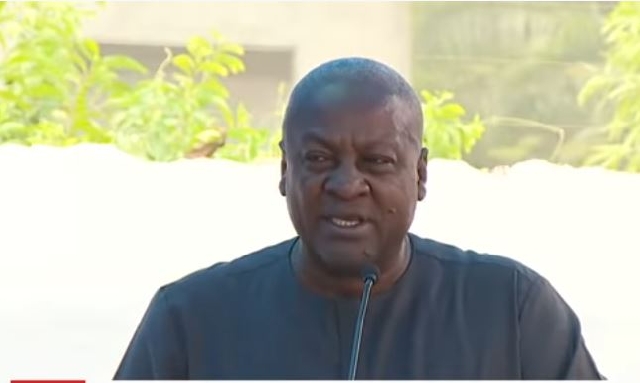 Former President John Mahama has said the Akufo-Addo-led government has abandoned many projects he started but he will continue and complete all unfinished projects of the New Patriotic Party (NPP) if he becomes president again after the December 2020 elections.

“We constructed a fish processing plant in Elmina to help the community and the fisherfolk but as I speak, the facility has been abandoned because it was constructed by another government,” Mr Mahama, who is also the flag bearer of the biggest opposition party, the National Democratic Congress (NDC), said when he interacted with fisherfolk from the Western Region when they paid a courtesy call on him at his office in Accra.

“When I was in power, we started constructing 200 new secondary schools but the ones that were uncompleted have been abandoned by this government,” Mr Mahama lamented some more, adding that this accounts for the reason the country is not progressing as fast as it should.

Mr Mahama, however, said if he comes to power again, unlike the NPP government, he would complete all unfinished projects of this administration to avoid wasting the taxpayers’ money.

He further promised the fisherfolk that under his new administration, there will be no discrimination in the distribution of premix fuel for fishing, unlike what he claims is happening under the current NPP government.

“Premix are being shared to only those affiliated to the government but we will make it available to every fisherfolk regardless of your political affiliation because we are all Ghanaians,” the former president said.

Mr Mahama disclosed that the NDC will soon be visiting the coastal lines across the country with its ‘Speak Out’ tour to interact with fisherfolk and get to know their problems so that they can be addressed when they come into power.