The governing New Patriotic Party (NPP) has directed that all party flags at its offices nationwide, should be flown at half-mast for seven days, as the party mourns its late former national chairman Haruna Esseku.

Between 2001 and 2005, he served as the national chairman of the NPP during which he led the party to win the 2004 general elections with President John Agyekum Kufuor as the flag bearer.

He also served as a member of parliament for the Awutu-Effutu-Senya constituency in the second republic and a minister of transport and communication in the Busia administration.

The NPP, in a statement, expressed its condolences to the family Mr Esseku. 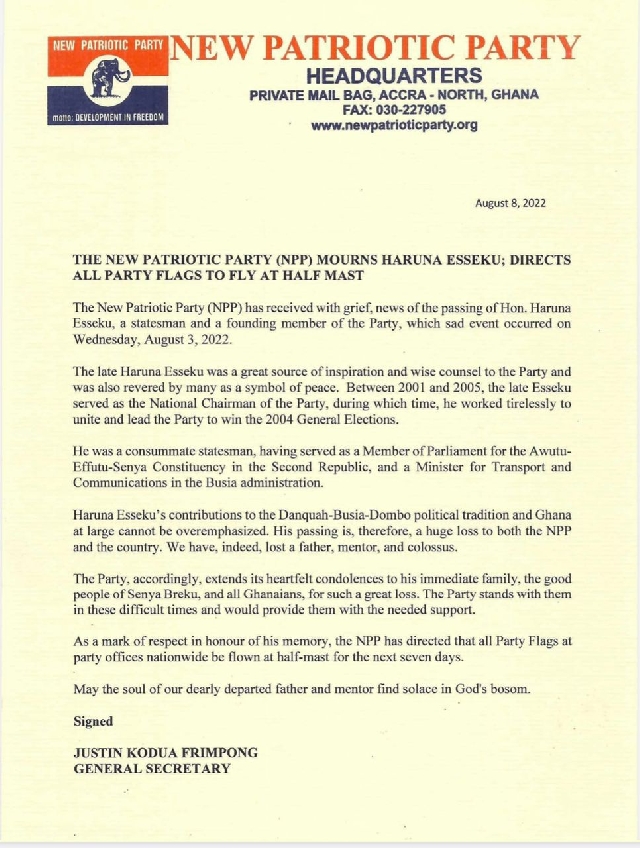