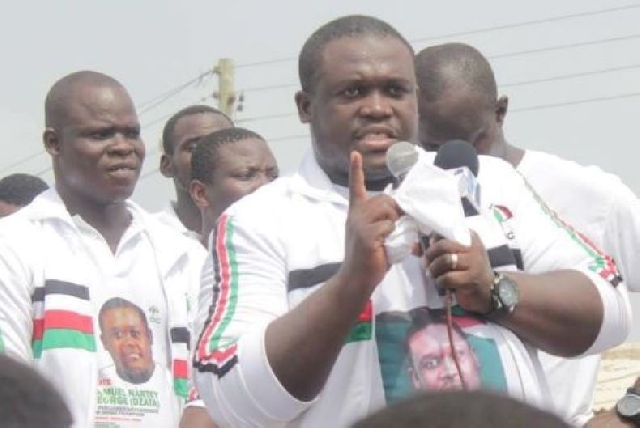 The Member of Parliament for the Ningo-Prampram Constituency, Mr Samuel Nartey George, has said he and his constituents will not welcome any security personnel apart from members of the joint security taskforce detailed for operations on the day of the election – 7 December 2020.

The Inspector-General of Police, Mr James Oppong-Boanuh, who is the chairman of the joint elections taskforce, appeared before parliament last week, to furnish the house with security arrangements for the day of elections.

The security services to be on duty during the polls will be drawn from the Ghana Police Service, Ambulance Service, Prisons Service and Ghana National Fire Service.

The rest are the National Intelligence Bureau, Ghana Armed Forces and the Customs division of the Ghana Revenue Authority.

They will all be in their respective uniforms.

Mr Sam George said apart from the above, anybody who dares step foot in the constituency as a national security operative will be treated as a criminal and dealt with accordingly on the day of the election.

The Ningo-Prampram legislator said this when the Eastern Corridor of the National Democratic Congress (NDC) of the Greater Accra Region embarked on a Probity and Accountability Walk in honour of the departed founder of the party, Mr Jerry John Rawlings at Dawhenya.

He said: “I’m using this to send a warning to the chief vigilante, President Nana Addo Dankwa Akufo-Addo, and to his Minister of National Security and the IGP and the Chief of Defence Staff and the Minister for the Interior: we will only accept official policemen in police uniform.

“Anybody from national security who appears here in a uniform other than the police uniform, we will treat them as criminals and we will rise up in defence of the Constitution…”