No Covid fund accountability, no MoF business in parliament – Bagbin to Ofori-Atta 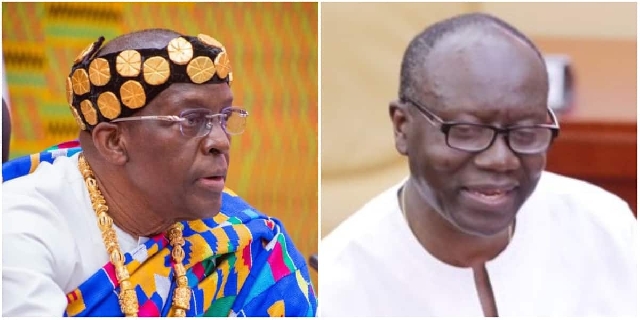 All parliamentary business concerning the finance ministry has been put on hold by Speaker Alban Bagbin over the minister’s failure to show up in parliament on Thursday, 16 June 2022 to brief the house of some issues within his ministry.

Mr Ken Ofori-Atta was scheduled to answer 16 questions and deliver an important statement on the floor but put in a last-minute plea to be excused.

The government’s use of COVID-19 funds is prominent among the questions he has to answer.

“Until we go through the accountability process, we will not take that motion”, Mr Bagbin told the house on Thursday, adding: “Today, he has another request before us”.

“That will also be affected”, he noted.

“Until he comes to respond to the questions and to submit the statement giving an explanation as to how the money has been applied, we will not entertain any business from that ministry,” Mr Bagbin declared.

Defending Mr Ofori-Atta, Majority Leader Osei Kyei-Mensah-Bonsu said: “He pleaded that he should see them [the questions] first, read them and appreciate what the technical people have brought and if there are any other matters to be added on, he does so … so that he will be able to give a comprehensive response.”

“For anybody to jump to the conclusion that the minister is running away from responsibility, I shudder to think of how that is coming about”, the parliamentary affairs minister added.

Mr Ofori-Atta has now been rescheduled to appear before the house on Wednesday, June 22.

A few weeks ago, a 75 million Euro facility for a COVID-19 response programme has been suspended pending the delivery of the account statement to the house.