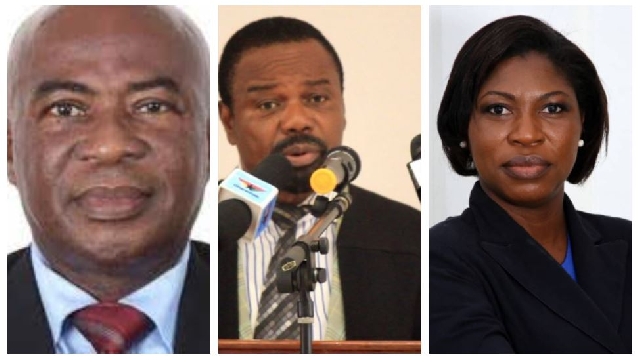 The three-member ministerial committee that found facts relating to the Ejura disturbances that led to the shooting to death of two protesters following the lynching of social media activist Ibrahim Kaaka Mohammed, has said neither did it have the intention of ridiculing the media during the hearing nor has it berated anybody’s testimony.

Speaking to the media as it wrapped up its work today, Friday, 16 July 2021, the Chairman of the committee, Justice Kingsley Koomson, told the media that “we are a fact-finding committee and we have not come out to say anybody’s evidence is stupid or is irrelevant.”

“So, whoever will describe a piece of evidence as stupid or irrelevant, it is their personal opinion”, he said.

Commenting on the controversy that surrounded the testimony of Multimedia Group’s Erastus Asare Donkor, Justice Koomson said: “Erastus gave a lot of evidence, video and apart from that, he offered oral testimony”.

“And I don’t think any of his evidence looks stupid.”

He noted though that: “One thing I have observed is that in the Ghanaian media, when people question some of your acts, it does not mean they want to embarrass you or ridicule you, no”.

“If a media man comes, he testifies, he’s asked questions, he should be subjected to some form of questioning.”

“That doesn’t mean that you are being ridiculed. So, whoever thinks that the committee tried to ridicule any media personality, I would assure them we had no intention,” he added.

He commended the media for airing the hearing.

The committee sat for 12 days and had 22 witnesses appear before it – three of them testified in-camera.

Some 117 videos, 555 pictures, one audio, and 3 documents were submitted tendered in evidence by the various witnesses.