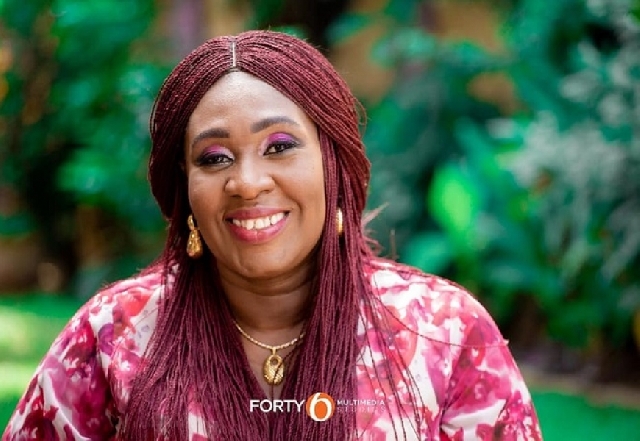 Obaatanpa microfinance company rejected a GHS500,000 loan facility from the Microfinance and Small Loans Centre (MASLOC) while it was under the leadership of Sedina Tamakloe, the ex-CEO who is currently standing trial for over 70 charges of stealing, causing financial loss to the state and causing loss to public property, a witness, Mr Samuel Quansah, an accountant with the microfinance company, told the Financial and Economic Division of the Accra High Court on Monday, 25 November 2019 citing prohibitive interest rate for the refusal to accept the loan.

The cash was returned in a Ghana-must-go bag to the ex-CEO, he told the court presided over by Justice Afia Serwah Asare Botwe.

Per the facts of the case, MASLOC invested GHS150,000 in the licensed tier-2 Ejura-based microfinance company in June 2014.

The ex-CEO, who is the first accused person, about a month later, according to investigations by EOCO, then offered the company GHS500,000 as a loan at 24 per cent interest rate.

The high interest rate, however, made the microfinance company write a cheque for GHS500,000 as refund but the ex-CEO declined it insisting she wanted the money delivered in cash, to which the Board Chair of the firm obliged on the on the night of 28 August 2014 at the Baatsona Total Filling Station located on the Spintex Road in Accra.

Subsequently, the first accused persons, by a letter dated 28 August 2014, acknowledged receipt of the refunded amount.

Despite the refund, MASLOC in 2015 wrote to the microfinance demanding interest on the amount but the company reminded MASLOC in a correspondence that it owed it no such obligation.

After a lull, however, the new management of MASLOC which took over in 2017 after the Mahama administration lost the 2016 elections, also wrote to the microfinance company demanding interest on the already-refunded amount.

A second letter by Obaatanpa to MASLOC explaining that it had refunded the money since 2014 prompted investigations into the matter by EOCO which discovered that there were no official records of the receipt of the refunded money and that the first accused person had appropriated it.

Further investigations revealed that in April 2016, the first accused person also obtained approval of the MASLOC Board to utilise some GHS1,706,000 of MASLOC funds for a countrywide sensitisation and monitoring programme for 85,300 beneficiaries of MASLOC loans – each persons was meant to have received GHS20 for transportation and refreshment.

Also, between April and December 2016, investigations revealed that upon the authority of the first accused person, a total sum of GHS1,816,000 withdrawn in tranches was received by the first and second accused persons even though approval had been given by the MASLOC Board for a sum of GHS1,706,000.

Furthermore, investigations revealed that out of the sum of GHS1,816,000 only GHS1,300 was spent on refreshment for some beneficiaries in the Volta, Greater Accra and Brong Ahafo Regions and that no programme whatsoever took place in the other seven regions.


According to the state’s brief, further investigations revealed that before the Board’s approval, the first accused person also appropriated GHS 246,280 meant for training, sensitisation and financial literacy.

Also, investigations revealed that in 2013, President John Mahama at the time directed that MASLOC gave GHS1,465,035 to the Kantamanto market fire victims but GHS579,800 of that, was appropriated by the ex-CEO.

Additionally, in August 2016, the ex-CEO, on behalf of MASLOC, wrote to the Public Procurement Authority (PPA) for the approval to procure vehicles from Mac Autos and Spare Parts Ltd (Mac Autos) for the GPRTU using the single-source method under the Public Procurement Act. In October 2016, the PPA wrote back to MASLOC requesting MASLOC to furnish it with financial arrangement approved by the Ministry of Finance.

Apart from that, on 5 December 2016, the then-Minister of Finance wrote to the PPA to confirm financial arrangements which were being put in place for the purchase of vehicles. Without any approval from PPA, the 1st accused person signed a contract with Mac Autos on 6th December 2016, to supply MASLOC with 350 vehicles comprising of 150 Chevy Aveo Saloon, 100 Chevy Sparklite and 33-seater Isuzu buses. MASLOC applied for a tax waiver on all the vehicles.

Investigations revealed that although the actual open market price of the phones was GHS24,400, the first accused person purchased them at the inflated price of GHS93,412.

In January 2017 also, the first accused person, without the requisite approval and authorisation, caused to be paid to herself and her deputy, one Mustapha Abubakar Batalima, the sums of GHS135,592.33 and GHS82,218.76 respectively, as ex gratia.

Inf the same month, the first accused person caused to be paid to herself and her deputy cash payments in the sums of GHS28,445.94 and GHS27,486.62 respectively, purportedly in lieu of leave, in contravention of the law.