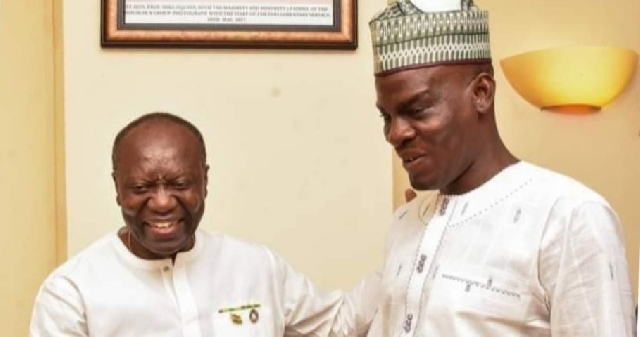 Minority Leader Haruna Iddrisu has denied rumours that it traded off Finance Minister-designate Ken Ofori-Atta’s approval with an appointment for the General Secretary of the main opposition National Democratic Congress (NDC) to the Parliamentary Service Board.

“Absolutely not”, Mr Iddrisu told journalists, adding: “The discussion for the determination of members of the Parliamentary Service Board ensued long before even Ken [Ofori-Atta] was nominated as Minister-designate of Finance”.

According to the Tamale South MP, “I had a discussion with the Speaker on the day after the election and it was my view that he allow the two leaders to nominate one person to the Board”.

“It has practically nothing [to do with Ken Ofori-Atta’s approval], just the usual maliciousness; malicious despicable lies to tie the two together”, he decried.

Adducing further evidence to delink the two events, the Minority Leader said: “This was two days after Hon Bagbin was elected; we were in a discussion as to the composition of the board”.

“What held it up was for me and Hon Osei Kyei-Mensah-Bonsu to discuss further about […] how do we get a woman onto the board?”

“That was our concern, what held it off was about whether both of us were bringing in males. So, there’s no relationship”, he insisted.

Justifying the NDC General Secretary’s appointment to the Board, Mr Iddrisu said: “The Hon Asiedu Nketiah is as qualified as any Ghanaian to serve on that board”, recalling: “The Hon Hackman Owusu Agyemang chaired the NPP Council of Elders and he was on the Parliamentary Service Board in the seventh Parliament”.

“So, it is not true that Hon Asiedu Nketiah has anything to do with the approval of Ken Ofori-Atta”, he stressed, noting: “At the appropriate time, many of you know me – have you ever seen me retract my words publicly? Hardly. You know why? I don’t comment on doubtful matters. I comment on what I know”.

Commenting on perceived sabotage against his leadership, Mr Iddrisu said: “As for undermining, I have survived it, I will survive it but it’s only natural”.

He also denied having made a flag bearer pitch.

“Other people even get worried about whether Haruna wants to run for high office or not. Some of you have even decided to go and produce a three-piece suit for me; I’ve never worn a three-piece suit in my life, neither have I owned that particular green tie”, he said in reference to recent posters that surfaced on social media advertising him as a future flag bearer-aspirant.