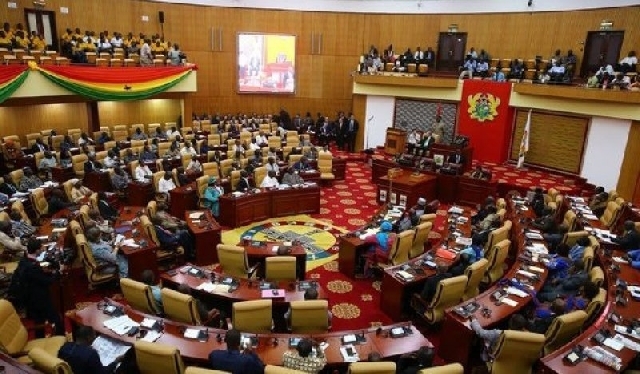 Also, a $13.3-million tax holiday was approved in connection with the car loans, was approved.

Each MP and Council of State member will receive about $100,000 to buy a car of their choice.

The government will pay 60 per cent of the loan facility for the Council of State members and the MPs.

The MPs and the Council of State members will pay 40 per cent of the principal sum while the government will bear 60% of it and all the interest that will accrue on the loan.

The car loans sparked public outrage even though it has been a tradition.

Meanwhile, a former lawmaker, Mr E.T. Mensah, has said Council of State members need cars to move around in doing their work, adding that if they have to deliver, there must be a cost to it.

“The last time they started having their annual general meetings, everybody wanted a piece of me. I go there and share experiences with them. You don’t take anything from there. Some people come from the regions – Northern region, whatever – the whole country is represented there. So, for me it’s not a big deal because they deduct from your salary”.

In his opinion, “there’s nothing which has no cost”, explaining: “So, if you want people to deliver, there should be a cost to it and the car that you even buy, they deduct from your salary”.

“So, at the end of the day, there’ll be something left that you’ll have to put it”, the former Sports Minister said.

He noted that: “It’s not the loan, per se, to buy the car” but “it’s the tax element that is very very important that some percentage is waived…”

Arguing further for the need for car loans for MPs, Mr Mensah said: “When you look at all the state organisations … almost all the civil servants, the senior ones, they have official cars that they use to work for the state and at the end of the day, what happens is that that car is depreciated by 35 per cent. So, at the end of the year, they value it and auction it and quite often, the preference goes to the officers”.

“So, it’s not a new thing where car loan is being given because when you are doing public work, it’s a different matter altogether – what goes into it”, he said.

“And quite often”, he added, “MPs, at the end of the four years, what they call end-of-service benefits, almost all goes into clearing the loan. The ex gratia is used to clear the loan”.

“…If you can pay part of it, then your end-of-service benefit, ex gratia will be there. By the end of the day, deductions are made from your salary every month. If at the end of the four years, there’s a balance, you are taking some money away as end-of-service benefit; who is going to pay you? It’s the state that is going to pay you and if that money is there, they’ll use it to clear your debt”, he pointed out.

The former Accra mayor said the job of an MP was a tough one that must be appreciated by the citizenry.

“People do not know that’s what happens; that is why people buy what they can afford. People don’t know [that] MPship is one of the most difficult positions that anybody can go into because you are there and people think that the money you’re sleeping in it.

“People’s school fees, sometimes, somebody dies – when we used to live in Dzorwulu, sometimes they will bring the corpse right to your place. Every weekend, the number of funerals that you attend, otherwise they will be threatening you and that’s why the attrition is high”, he observed.

“School fees, everything that you can think of: funerals, outdoorings, somebody is going to [get] engaged, they come to you because around your corridor, there are people who are telling people: ‘You see, this road has not been constructed’ and MPs don’t have a budget that is why if we decentralise properly, the assemblies will have budget to do those things and they won’t put everything on the MP. And, so, people come and they leave voluntarily”.

“When you leave as a Member of Parliament, you cannot even take care of your medical bills” if there is no “extra” source of income on the side, he told Kofi Oppong Asamoah in the recorded interview played back on Thursday, 15 July 2021.

“The pressure alone: school fees, the funerals, church harvest – you have to be there – if you don’t do it, you’re in trouble”.

“V8, how many people are able to buy V8? So, you want to buy a V8 from parliamentary salary? Check it out”, he noted.