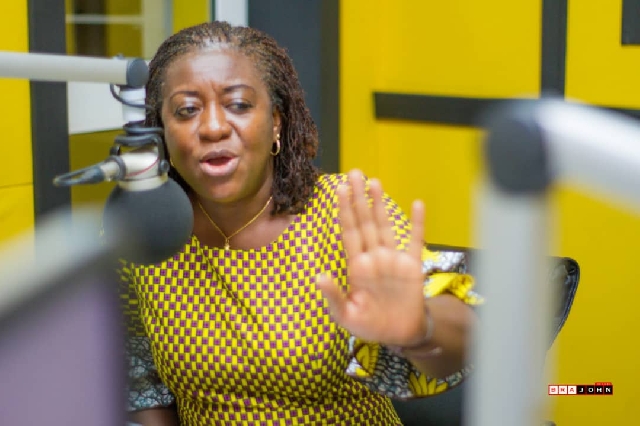 The 2016 Vice-presidential candidate of the Progressive People’s Party has called for the passage of the Affirmative Action Bill if, indeed, Ghana, as a nation, desires to see more women in leadership.

Brigitte Dzogbenuku, who is the Executive Director of Mentoring Women Ghana, a not-for-profit empowerment organisation, told Blessed Sogah in an interview on Class91.3FM’s State of the Nation programme on Wednesday, 29 July 2020 that women in Ghana have demonstrated amply that they are capable of deploying their leadership skills in all spheres of life, especially in public service, hence the need for legislating interventions to push the agenda for gender parity, which has dominated the public  discourse in Ghana following the naming of Prof Naana Jane Opoku-Agyemang as running mate to the flag bearer of the National Democratic Congress (NDC), Mr John Mahama.

Ghana began its quest for an affirmative action law as far back as 1998, when some guidelines were passed by the Cabinet.

However, as of June 2020, the Bill has still not been passed.

Ghana’s Affirmative Action Bill defines affirmative action as ‘a set of measures adopted by the government, public and private institutions to address a history of systemic discrimination and exclusion of women and to encourage their efforts towards addressing political, social, cultural, economic and educational gender imbalance in the public and private sectors in accordance with clause (4) of article 17 of the Constitution’.

The Bill seeks to promote a progressive increase in active participation of women in public life from a minimum of 40% to a parity of 50% by 2030 in line with the Sustainable Development Goals (SDGs).

Sharing her views on what could be done to empower more women to aspire to higher levels of leadership, Ms Dzogbenuku stated that: “If you want more women in leadership, pass the Affirmative Action Bill”.

She said Ghana must learn from nations around the world such as Peru, which is among the latest countries to pass the gender parity-oriented legislation.

“Professor Naana Jane Opoku-Agyemang was Vice-Chancellor of the University of Cape Coast. There’ve been several women who have been in that kind of leadership position; maybe not Vice-Chancellor of other universities but Pro-Vice-Chancellor, leaders of corporate institutions, we have proven enough that we are capable but all I’m saying is, yes, first of all pass the Affirmative Action Bill, pass the Spousal Rights Bill and let’s deal with all the issues that go against women”, Dzogbenuku insisted.