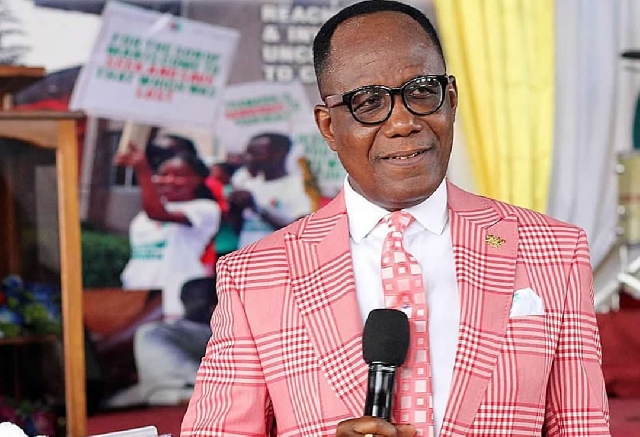 President of the Full Gospel Church International and a Leadership and Governance expert, Bishop Samuel Noi Mensah has called on the youth in Ghana to rise up and resist the current duopoly by the governing New Patriotic Party (NPP) and the largest opposition party, the National Democratic Congress (NDC).

Delivering a lecture at the 3rd Emmanuel Mensah Memorial lectures on the theme: “Fixing the deteriorating socio-political condition of Ghana; the role of civil society”, Bishop Samuel Noi Mensah bemoaned the current state of affairs where absolute power is vested in the winning party.

This he said has contributed to the stifled growth of the country.

He, thus, urged the youth to rise up and resist the duopoly and winner takes all system.

He said: “Ghana demands our holistic devotion so let us put away our partisan affiliations in order to build Ghana. We need to stand united like the broom and sweep away the harmful practices that would not make this nation strong.  Hence like the 1976 uprising in Soweto organized by the youth to resist the oppressive leadership, the young people of Ghana must similarly rise to resist the NDC, NPP partisan politics and winner takes all. Great leaders are defined by great challenges which confront them. It is an acceptable fact that the development of a nation depends on the quality of leadership we can offer.”

Bishop Samuel Noi Mensah also joined calls for a review of the 1992 Constitution to make it responsive to current and future needs. According to him, “this present constitution has served us for almost 30 years. It cannot take us to the next 30 years of our society as a nation”.

Among the proposals he made, Bishop Samuel Noi Mensah called for a Constitutional limit on the powers of the president, an extension of the tenure of presidency from 4 to 6 years one term only, exclusion of Members of Parliament from serving as ministers and an end to the culture of insults.

On the issue of youth empowerment and discipline, Bishop Samuel Noi Mensah called for compulsory military service for graduates for a two-year period instead of the current national service arrangement.

According to him, “…when students finish university, they must have two years of National Service and it must be a compulsory military service. They must be engaged in the military compulsorily for two years as national service. If we will engage our men and women from the university from any school that they will serve in the military for two years, I guarantee you, in the next 20 years from now, we will produce a disciplined society. So let’s change the nature of our national service,” he said.