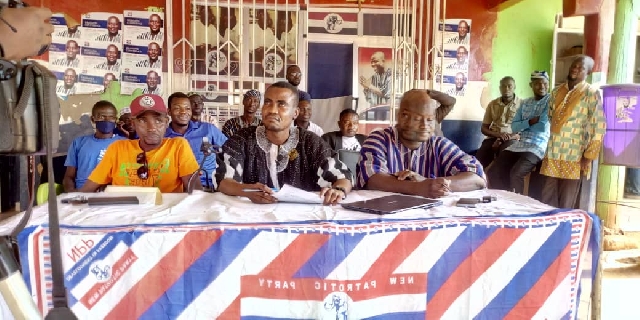 The Savanna Regional branch of the governing New Patriotic Party (NPP) has said the statement attributed to the Member of Parliament (MP) for the Sawla-Tuna-Kalba Constituency, Mr Andrews Chiwetey, that there is not a single borehole in the region is a palpable falsehood.

“For the avoidance of doubt, it is not true that the NPP government has not done a single borehole or water project in the Savanna Region”, the Savanna Regional NPP Director of Communications, Mr Mohammed Issah, said at a press conference on Tuesday, 14 December 2021.

He said as a party, the NPP wants to remind the people of Ghana of the “incurable taste of the NDC for distortions and fabrications for petty partisan propaganda”.

According to the NPP, the opposition MP had an opportunity on the floor of parliament to question the Minister of Sanitation and Water Resources on how many boreholes and small water systems were constructed by between 2017 and 2020, as well as their location and the costs involved.

The NPP said the Minister of Sanitation gave a comprehensive answer but Mr. Chiwitey and his NDC colleagues chose to do their usual partisan politics without recourse to the answers provided on the floor of parliament.