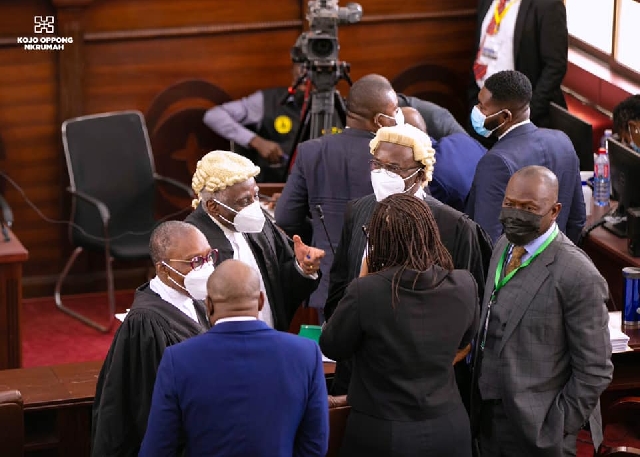 The Supreme Court has delayed its hearing of the election petition on Thursday, 18 February 2021, to 11:30 am, following a letter written to the Chief Justice by former President John Mahama’s lawyers asking to be given “reasonable time” to study affidavits filed by the two respondents, the Electoral Commission and President Nana Akufo-Addo, against the petitioner’s application for a review of the court’s earlier ruling that it cannot compel the star witness of the first respondent, Mrs Jean Mensa, to testify against her will.

The petitioner’s letter, dated today and signed by Mr Tony Lithur, said the delay will allow Mr Mahama’s lead counsel, Mr Tsatsu Tsikata to go through the affidavits of the respondents.

The letter said: "I received a call from the registrar of the court close to midnight, notifying me of respondents' filed affidavits opposing petitioner's application for review, soft copies of which he had sent to my email at 11:13 pm”.

“I forwarded the processes to the lead counsel (Tsatsu Tsikata) for the petitioner at 11:30 pm."

"In order to allow lead counsel for petitioner reasonable time to factor the said affidavits into his arguments in support of the application for review, I would respectfully request that this morning's proceedings be commenced at 11:30 instead of the scheduled 9:30 am”.

"I count on your kind consideration of our request."