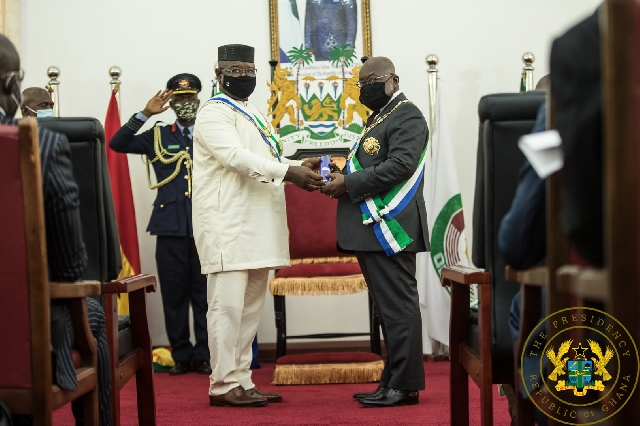 Mr Akufo-Addo who disclosed this noted that the award was in recognition of his "selfless contribution to deepening democracy and the rule of law in Ghana, and heightening and providing leadership for regional integration and co-operation in Africa.”

The award was presented to the Ghanaian leader on Tuesday, 27th April 2021, when he attended the 60th Independence Anniversary Celebration of Sierra Leone, in his capacity as Chairman of the Authority of Heads of State and Governments of ECOWAS.

Nana Akufo-Addo was accompanied by the Minister for Foreign Affairs and Regional Integration, Shirley Ayorkor Botchway and officials from the Presidency and Foreign Ministry.