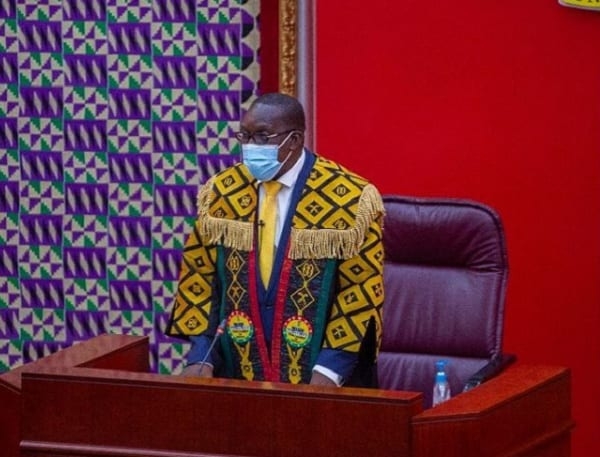 President Nana Addo Dankwa Akufo-Addo’s list of ministerial nominations has on Friday, 22 January 2021, been referred to the Appointments Committee by the Speaker of Parliament, Mr Alban Bagbin.

This follows the reading of a letter the Speaker received from the President for the consideration and approval of the nominees.

The Speaker has therefore directed the Committee to consider the list after which it will report to the Plenary.

The nominees are expected to be vetted by the 26-member Appointments Committee.

Thirteen members are from the governing New Patriotic Party (NPP) while the other 13 are from the main opposition National Democratic Congress (NDC).

The nominees are also expected to be recommended for approval or disapproval at the end of the vetting process.

President Akufo-Addo named his nominees for ministerial positions in his second term on Thursday, 21 January, 2021.

The list of nominated ministers mainly includes those who have been maintained at their previous portfolios, new entrants and newly designated portfolios.

For those who have been maintained, the President named Kojo Oppong Nkrumah as Minister for Information, Ken Ofori Atta for Finance, Dr Owusu Afriyie Akoto for Agriculture, Alan Kwadwo Kyeremanten for Trade and Industry, Ursula Owusu Ekuful for Communications, Albert Kan Dapaah for National Security, Dominic Nitiwul for Defence, Ambrose Dery for Interior and Shirley Ayorkor Botchwey for Foreign Affairs and Regional Integration.

Francis Asenso-Boakye for Works and Housing, Samuel Abdulai Jinapor for Lands and Natural Resources, Mustapha Yussif for Youth and Sports and Ebenezer Kojo Kum for Chieftaincy and Religious Affairs are new entrants .

Meanwhile, Godfred Yeboah Dame and Dr Yaw Osei Adutwum have been designated as Attorney General and Minister for Justice and Minster for Education respectively.