The Ghana-not-safe 'noise' becoming too much – Awal 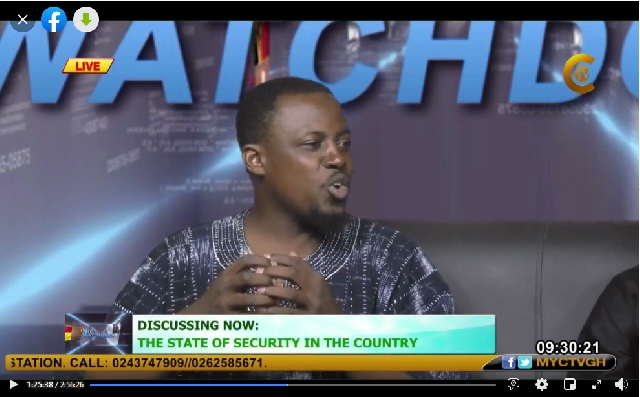 There is too much “noise” being made about Ghana not being safe, a communicator of the governing New Patriotic Party (NPP), Mr Awal Mohammed, has said.

He told Eugene Bawelle on Class91.3FM’s current affairs programme ‘The Watchdog’ on Saturday, 19 June 2021, during a discussion on the recent bullion van heist at James Town, Accra, which led to the death of a young police officer and a street hawker, that considering that fact that public commentary about a country’s security could trigger stock exchange-like reactions, “where, when you push a lot of rumours”, it either goes down or up, “I don’t want to say cacophony but I believe the noise is just becoming too much”.

Asked what he meant by “noise”, Mr Awal explained that when you hear politicians, “almost on a daily basis”, saying: ‘Ghana is not safe’, “the moment you start saying this, you put fear in the Ghanaian”.

To him, such matters are best left in the hands of neutral professionals.

“An expert and a more neutral person should be able to give a fair assessment”, he said.

Mr Awal’s comments dovetail into those of Minister for the Interior Ambrose Dery, who recently said Ghana is so safe that the citizens of other countries are running to Accra for refuge.

Speaking on the recent rise in crime, Mr Ambrose Dery said: “What we should know is that the criminals continue to change the modules and we have to be changing with them and the police is doing all it can”, adding: “We have not lost control”.

“I always want to emphasise that we need to go to neighbouring countries to see what is happening there but we are not in the same league with them,” he said.

“We want to do better than we are doing now but believe me, Ghana is safe; that is why all the other countries are running to Ghana”, he told journalists.

However, the Ranking Member on the Defence and Interior Committee of Parliament, Mr James Agalga, told the media that: “Four more years for Nana has begun with a rise in crime”.

“Ghanaians no longer feel safe compared to our immediate past”, he claimed.

“Violent crime-related cases, particularly robbery, are shaking the foundations of our nation, and it is only fair and a duty for us to call on the Nana Akufo-Addo administration to up its game”, he said.

“We are calling on the President, Chairman of the Security Council, Commander-in-Chief of the Ghana Armed Forces, to ensure the peace and security in a country that has remained an oasis of peace in a troubled region is not compromised.”