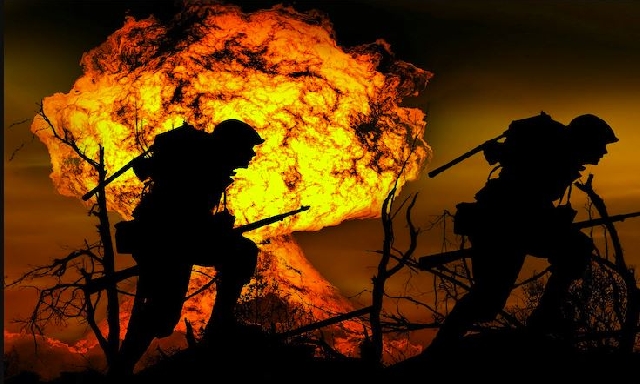 Nuclear weapons are the most destructive power ever created

In an era of “nuclear blackmail”, UN Secretary-General António Guterres on Monday urged countries to step back from the threat of potential global catastrophe and recommit to peace.

The UN chief was speaking at an event to commemorate the International Day for the Total Elimination of Nuclear Weapons, held as the annual debate in the General Assembly Hall draws to a close.

“Nuclear weapons are the most destructive power ever created. They offer no security — just carnage and chaos. Their elimination would be the greatest gift we could bestow on future generations,” he said.

He recalled that the Cold War had brought humanity “within minutes of annihilation.” Yet decades after it ended, with the fall of the Berlin Wall, “we can hear once again the rattling of nuclear sabres,” he said.

“Let me be clear. The era of nuclear blackmail must end. The idea that any country could fight and win a nuclear war is deranged. Any use of a nuclear weapon would incite a humanitarian Armageddon.  We need to step back.”

The Secretary-General also spoke of his disappointment after countries failed to reach a consensus at a conference last month to review the landmark Non-Proliferation Treaty (NPT), the only binding commitment to the goal of disarmament by States which officially stockpile nuclear weapons.

Following four weeks of intense negotiations at UN Headquarters, delegations left without an outcome document because Russia objected to text about its control over Ukrainian nuclear facilities.

The UN chief pledged not to give up and urged countries “to use every avenue of dialogue, diplomacy and negotiation to ease tensions, reduce risk and eliminate the nuclear threat.”

Mr Guterres underscored the need for a new vision for nuclear disarmament and non-proliferation, pointing to his New Agenda for Peace.  It calls for meaningful disarmament and developing a common understanding of the multiple threats facing the international community.

“We need to take into account the evolving nuclear order, including all types of nuclear weapons and their means of delivery. And we need to address the blurring lines between strategic and conventional weapons, and the nexus with new domains of cyber and outer space,” he said.

As the General Assembly debate ends, the Secretary-General called for countries to leave New York with a new commitment to work towards a peaceful future.

The President of the UN General Assembly, Csaba Kőrösi, was frank in his remarks, stating that the war in Ukraine has raised credible risks of global nuclear disaster.

“I am particularly appalled by the recurring, thinly veiled threats of nuclear strikes. Tactical strikes, it is often added, but we all know that such a conflict would never stay at the tactical level,” he said.

The nuclear threat on the Korean Peninsula also continues to pose an unacceptable risk to the region and to the world, he added.

“Meanwhile, arsenals across the world are filled with more than 13,000 warheads. Investments in these weapons continue to increase, while too many people struggle to buy food, educate their children, and keep warm.”

Mr. Kőrösi wondered how the world had arrived at this situation after decades of efforts to promote both nuclear disarmament and awareness about the existential threat that nuclear weapons pose to humanity.

More importantly, he wondered how this deadlock could be overcome, stressing that achieving a nuclear-free world is the UN’s top disarmament priority, now more than ever.

“As a global community, we must find the courage to return to the path of disarmament, for the sake of people and planet. To start, safeguarding the Nuclear Non-Proliferation Treaty shall remain an iron principle for all future talks on disarmament and non-proliferation,” he said.

Mr Kőrösi called for countries to renew their commitment to fully implement the treaty, comply with relevant Security Council resolutions, and “refrain from actions and rhetoric that destabilize international peace and security.”

He also addressed the status of the Comprehensive Nuclear-Test-Ban Treaty (CTBT), which opened for signature 25 years ago.

The CTBT has yet to enter into force because it must be signed and ratified by 44 specific nuclear technology holder countries, eight of which have yet to ratify it: China, Egypt, India, Iran, Israel, the Democratic People’s Republic of Korea, Pakistan and the United States.

“I call on the remaining Annex 2 countries to ratify the Comprehensive Nuclear-Test-Ban Treaty without delay, allowing it to finally enter into force – as 174 Member States have already ratified it and now eight Member States are yet to do so,” he said.

Meanwhile, negotiations on a proposed Fissile Material Cut-off Treaty, which are long overdue, must begin immediately, he added.

“In this critical moment, let us reverse the trend of mistrust and confrontation, and instead focus on rational compromises and wise solutions,” said the General Assembly President.

“Let us honour this commemorative day with a renewed and genuine determination towards a world free of these weapons of the Apocalypse.”