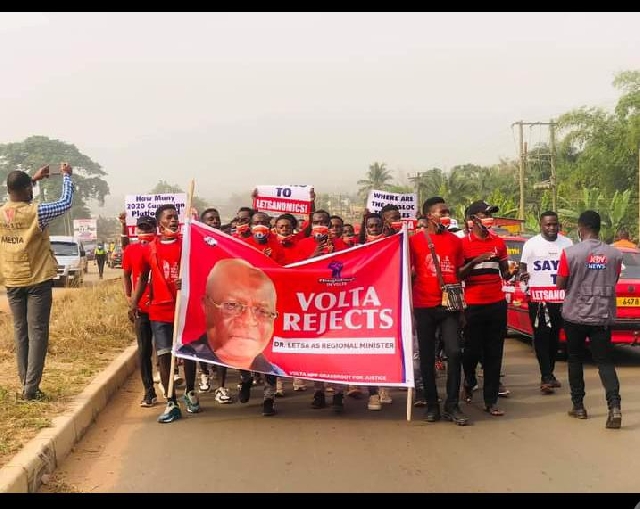 Members of a pro-New Patriotic Party (NPP) group have today, Monday, 25 January demonstrated against the reappointment of Dr. Archibald Yao Letsa as the Volta Regional Minister.

According to the Volta NPP Grassroots for Justice, Dr. Letsa’s reappointment is bad news for the region.

Clad in red, the group marched along some streets of the region.

They accused Dr Lesta of monumental failure between 2017-2020 when he was regional minister.

The group wants someone new appointed as their regional minister.

Dr Lesta remains Volta regional minister-designate until he is vetted and approved by the Appointments Committee of Parliament. 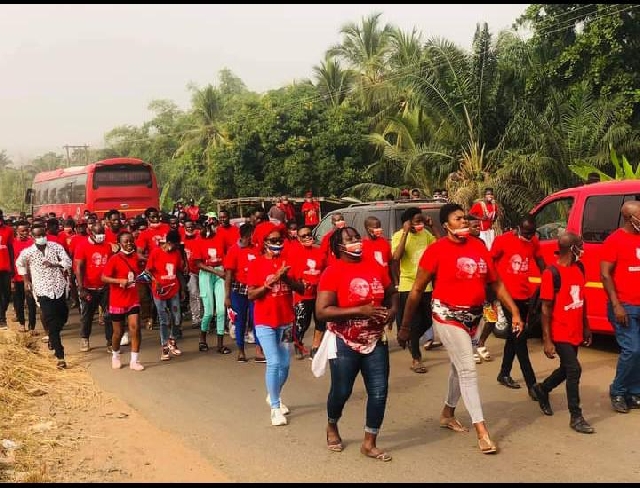