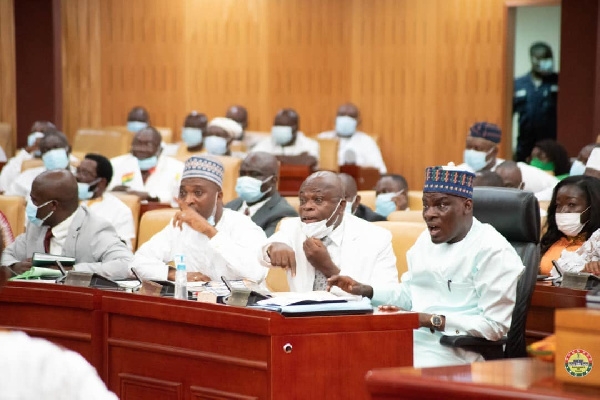 Confusion has rocked the vetting of Mr Joseph Cudjoe, the Minister-designate for Public Enterprises, as Minority legislators on Parliament’s Appointments Committee are questioning the legitimacy of that portfolio.

Minority Leader Haruna Iddrisu noted that he does not know of any Ministry called Public Enterprises and hence cannot quiz the nominee on it.

He asked the Chairman of the Committee, Mr Joseph Osei-Owusu, to get in touch with the Presidency to get them a formal correspondence regarding the Public Enterprises Ministry.

“Even if it takes midnight with correspondence from the Presidency, we will be here to work. As we proceed, there is no Ministry of Public Enterprises and our hands are tied because we should be assessing him based on the role he is going to play,” Mr Iddrisu said on Tuesday, 23 February 2021.

The majority side, however, wanted the vetting to go on while the Presidency is consulted thereafter.

After a while, the Chairman of the Committee agreed to take a break to consult and resolve the issue.