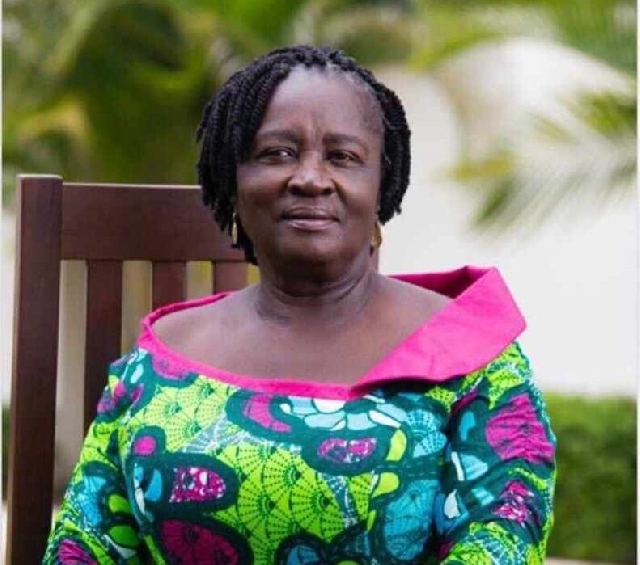 The Vice-Presidential nominee of the opposition National Democratic Congress (NDC), Professor Naana Jane Opoku-Agyemang, has said not all teacher trainee allowances were stalled, as those who had already been absorbed into the system and were receiving allowances continued to enjoy it except for the new entrants.

According to Prof Opoku-Agyemang, who was Minister of Education under the erstwhile Mahama administration, before the allowances were stalled and replaced with the loan system, a year’s notice was given to all Colleges of Education.

She explained that the loan system was initiated based on the proposals received from principals of the teacher trainee colleges.

“In fact, the earlier proposals were brought by the principals proposing that some of them become fee-paying.

“So, I was like: why should some become fee-paying for others to enjoy the allowance free? If that is it then, let all of them go for loans, because it’s more equitable.

“Because if you don’t take care, the person you’re making pay the fees is the one who cannot afford to pay, if that’s the case, then everyone should take a loan then. So that was where the whole idea came from.

“When the loan was introduced, there were some who were still enjoying the allowance so I was surprised some of them came on radio saying they were in their second year and their allowances had been stalled so they couldn’t progress, I was pained because as a young person, you shouldn’t be telling such lies,” Prof Opoku-Agyemang noted.

She further emphasised that a year’s notice was given to the Colleges before the change from allowances to loans was effected.

Prof Opoku-Agyemang said: “Those who were already receiving the allowance, if any can say it was stalled, I’m here, they can call. They enjoyed the allowance throughout.

“They were not affected by the rule and we gave them a whole year’s notice that those who were going to come in as freshers would be the ones to benefit from the loan.

“We gave a whole year’s notice, people use it for propaganda.”