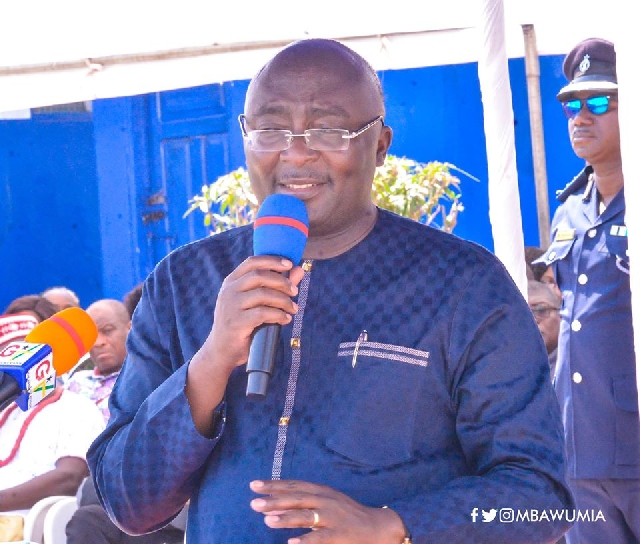 Vice-President Dr Mahamudu Bawumia has assured Ghanaians that with the introduction of real-time digital technologies into the Ghanaian economy, the informal and bureaucratic systems in the country, which he said are largely to blame for the high levels of corruption will be totally eliminated.

Addressing the management, staff and students of the Labone Senior High School at their 70th-anniversary Celebration and 50th Speech and Prize-giving Day on the theme; "Reliving, Reconnecting and Impacting our Educational Experience Today," Dr Bawumia said informal societies the world over breed corruption and also offer people the opportunity to hide and carry out wrong deeds.

"We live largely in a society which is very informal and you can easily hide. Nobody knows you when you are in very informal societies. In an informal society, a lot depends on whom you know. If you are going to get a service, the systems are not working, so, you rely on informal frameworks. You want to get a service, it depends on whom you are able to bribe or how much you are able to bribe," Dr Bawumia said.

Emphasising the government's determination to arrest the phenomenon, the Vice-President noted: "We have about roughly only two million people who pay taxes in this country. The bureaucracy allows corruption to thrive. This is the nature of the society that we have and this is the society that we are going to change."

Among the several policies that the government has introduced in the past few years to ensure the rapid development of Ghana, Dr Bawumia said the educational policy and technology and innovation agenda of the Akufo-Addo-led administration are very essential.

"In just the last two years, senior high school enrollment has increased by 62%. That is really massive. Even though it's very expensive, the cost of not doing it for society will even be more expensive and, therefore, we should put our resources into education," Dr Bawumia stated.

In commemoration of the 70th-anniversary, Dr Bawumia announced that the government will donate a school bus to the school and also align GETFund to complete the staff flats which are currently 80% complete.