We'll pay rent for you as loan – Bawumia promises Ghanaians 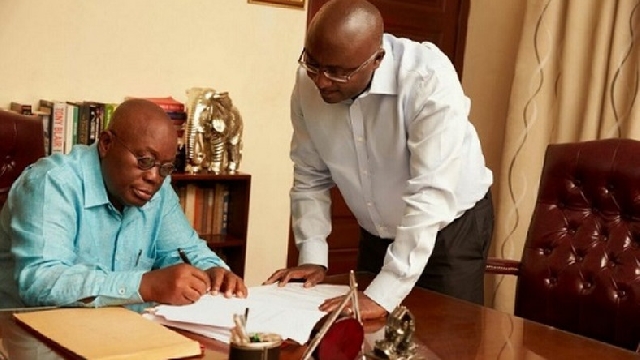 The government of President Nana Akufo-Addo has said it intends advancing loans to Ghanaians in formal employment, to help them pay their rent.

Speaking at the 2020 manifesto launch of the governing New Patriotic Party (NPP) on Saturday, 22 August 2020, Vice President Dr Mahamudu Bawumia said: “It is clear that there are a lot of youth who, when they finish school, just trying to rent accommodation is a big problem”.

He noted that such people find it hard renting because of the huge demand for two-year rent advance by landlords.

“But someone who is just finishing school and starting a job doesn’t have those savings to pay all these huge demands for rent allowance”, he observed.

Meanwhile, he noted, “the landlords, on the other hand, have gotten used to asking for two-year rent advance even though the law says six months and insist on it because they are saying that they don’t know if the tenant will run away or not, so, they want to collect it upfront”.

In his estimation, the problem has persisted because “there is a market failure between what the tenant wants and what the landlord wants and this is why the government has decided to come in and bridge this market failure by setting up the National Rental Assistance Scheme”.

Dr Bawumia explained that “under this scheme, if you have a job and we can deduct regularly from your income, the National Rental Assistance Scheme will give you a loan to pay your [rent] allowance but we are paying this not to you but to your landlord and it will be deducted monthly as you’d normally pay, so, we are bringing this”.

“You need to have a formal employment”, he clarified, “which will allow us or someone who will guarantee so that you can pay, but it is very important that we address this and we are going to be putting in place GHS100 million for the National Rental Assistance Scheme and work with the private sector to crowd in more so that we can get this done and release a lot of people of the burden”.

Just a few days ago, another politician from the opposition, Mr John Dumelo, also expressed concern about the two-year rent advance system and promised to fight against it if he won the Ayawaso West Wuogon seat for the National Democratic Congress in the upcoming 7 December 2020 polls.