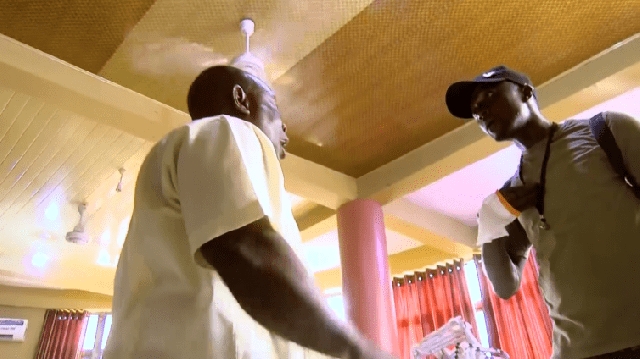 The Assembly members in the Juaben Municipal Assembly of the Ashanti Region at the centre of the ‘Refund My Money’ saga has served notice that they are unshaken by the threats issued against them by the embattled Municipal Chief Executive nominee, Sarfo Kantaka for sums of money, he allegedly paid for his confirmation.

A spokesperson for the Juaben Assembly members, Prince Oppong Kyekyeku emphasized that as Assembly members, they have no transaction with the embattled MCE nominee over his claims for refund of alleged bribes he paid to members ahead of his confirmation.

According to the Assemblyman for Bomfa Ahenbronu, no Assemblymember signed an agreement for him (the nominee) to pay the said bribes for his confirmation.

“We have no business transaction with the embattled MCE nominee for the area,” he said.

He stressed that what they received ahead of the confirmation of the MCE nominee was a gift from well-meaning personalities from the area and it remains as such.

Mr. Oppong KyekyeKu said this in an interview with Kwame Appiah Kubi on “Ghana Yensom” morning show on Accra 100.5 FM.

“As Assembly members, we’ve no contractual agreement with the embattled MCE nominee for him to pay money in return for his confirmation,” he added.

The MCE nominee is allegedly demanding an amount of GHS5000 bribe he paid to each member of the Assembly to influence them to vote and confirm him as the MCE.

The police have, however, granted the nominee a self-cognizance bail over his demand of the money he paid as bribes to the Assembly members.

Mr. Oppong Kyekyeku maintained that the MCE nominee has divided the rank and file of the party adding that he has made it his stock in trade not to work with people he perceived to be supporters of the Minister of Trade and Industry, Alan Kyerematen.