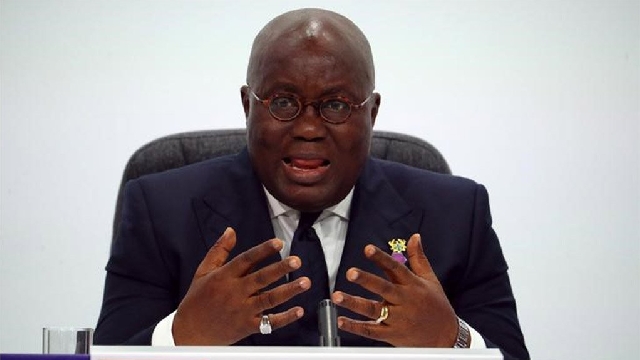 Mr Nketia said the least Nana Akufo-Addo could do is keep quiet on the flak the government suffered for the incident if he cannot find the killers of the Tiger Eye PI journalist.

Mr Akufo-Addo on Monday said no efforts were being made by his government to suppress freedom of expression in Ghana, as the continuing vitality of the Ghanaian media and the intense diversity of the public discourse remain some of the most internationally admired traits of Ghanaian democracy.

According to Nana Akufo-Addo, “Ghanaians are, today, as they have been doing for much of the 4th Republic, able to give boldly and freely, their feedback on policies and programmes of the government; civil society organisations are able to interrogate fearlessly government actions and positions, compare them to global best practices, and offer views and critiques aimed at complementing the efforts of government; and the political opposition is able to raise dissent openly, and canvass without intimidation for alternative viewpoints.”

Nana Akufo-Addo made this known when he delivered a speech at the 2019 Bar Conference of the Ghana Bar Association, in Takoradi, in the Western Region.

But addressing a press conference in Accra on Tuesday, 10 September 2019, Mr Nketia said the comments by Mr Akufo-Addo do not help matters but rather remind Ghanaians of a painful incident.

“Ahmed Suale was killed in the cause of his business as a journalist. He was killed after some NPP people had issues with him and, so, it will not be out of context to say it was an attack on the media.

“If you can’t investigate this matter and arrest the people, just keep quiet. Don’t muddy the waters … I think his comments were not right and he should have kept quiet.”