"Your work not embarrassing me; I've to discipline you" – Akufo-Addo to Domelevo 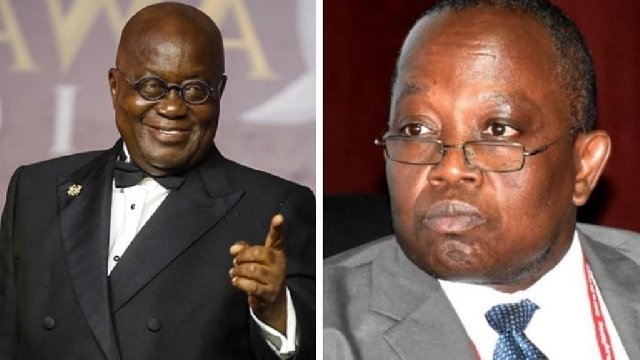 President Nana Akufo-Addo has said he did not ask Auditor-General Daniel Yaw Domelevo to proceed on his accumulated annual leave because his government feels embarrassed by the A-G’s job.

“Contrary to your false belief, the President does not think your work is embarrassing his government”, the Office of the President said in a statement signed by Presidential Secretary Nana Asante Bediatuo, in response to a letter of protest from Mr Domelevo in which he accused the President of acting selectively and in bad faith as far as the directive to him to go on leave is concerned.

“In fact, the President has ensured that you have been provided with all the necessary resources needed for the efficient running of the office of the Auditor-General and considers your work a critical part of good governance in the Republic”, the letter noted.

The letter said: “The President has, at all times, acted based on sound legal principles, the rule of law and good governance practices and the good people of Ghana cannot be misled by your lack of understanding of the position of the law, for which you may be forgiven since you are not a lawyer”,

Also, the Presidency said: “The assertion that the decision for you to take your accumulated annual leave was not taken in good faith is also unfortunate and without any foundation. The Office of the President did not know that as part of your duties is to keep a record of appointees of the President who have not taken their annual leave since 2017, such that you can make the false claim of selectivity”. 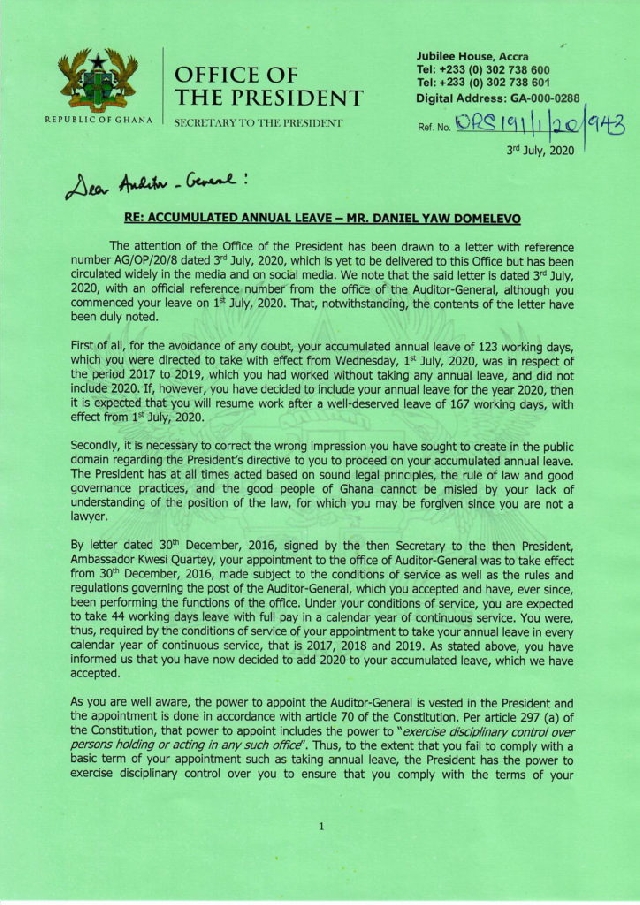 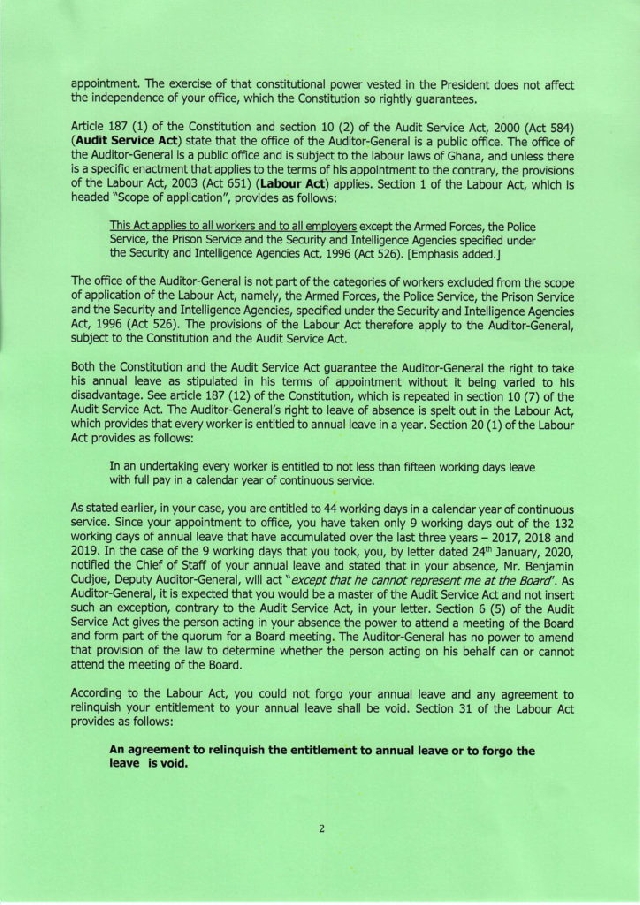 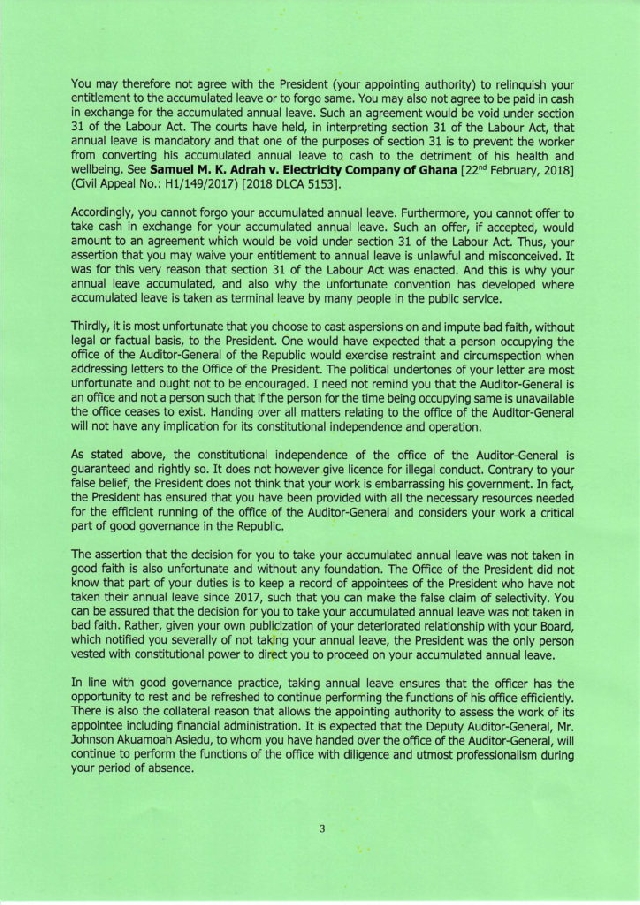 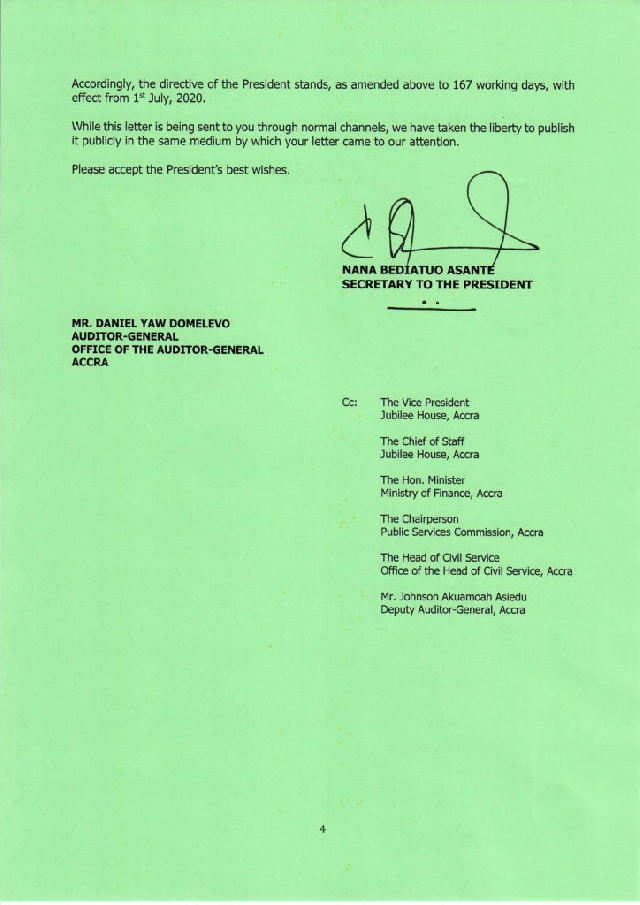