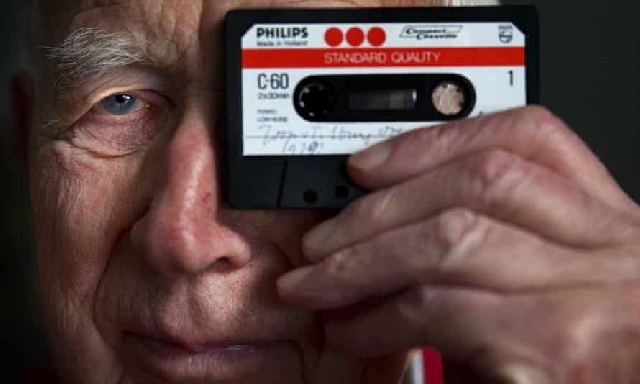 An estimated 100 billion cassette tapes have been sold around the world since they were introduced in the 1960s.

Ottens' invention transformed the way people listened to music, and there has even been a resurgence of the cassette in recent years.

The engineer died in his hometown of Duizel last weekend, his family announced on Tuesday.

Ottens became head of Philips' product development department in 1960, where he and his team developed the cassette tape.

In 1963, it was presented at the Berlin Radio electronics fair and soon became a worldwide success.

Ottens struck a deal with Philips and Sony that saw his model confirmed as the patented cassette, after a number of Japanese companies reproduced similar tapes in a number of sizes.

On the 50th anniversary of its creation, he told Time magazine that it was a "sensation" from day one.

Ottens was also involved in the development of the compact disk, and more than 200 billion of those have been sold worldwide to date.

In 1982, when Philips showed off a production CD player, Ottens said: "From now on, the conventional record player is obsolete".

He retired four years later. When asked about his career, he said his biggest regret was that Sony and not Philips had created the iconic cassette tape player, the Walkman.

Cassette tapes have experienced an unlikely surge in popularity in recent years. A number of artists including Lady Gaga and The Killers have released their music on them.

According to the Official Charts Company in the UK, the sale of cassettes in the first half of 2020 increased by 103% compared to the same time period the previous year.

And in the US, according to Nielsen music, sales of cassette tapes grew by 23% in 2018 compared with the previous year.