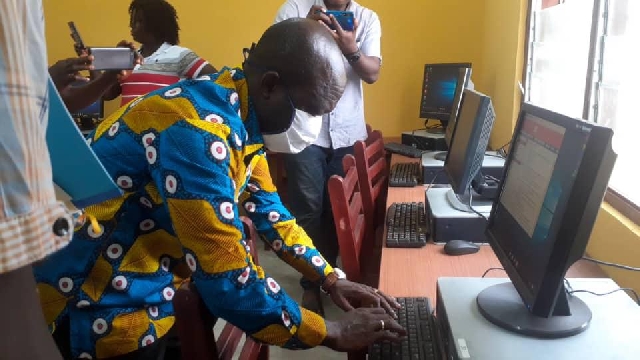 An ultra-modern E-Library has been opened in Tsoxor, a farming community in North Dayi district of the Volta region. 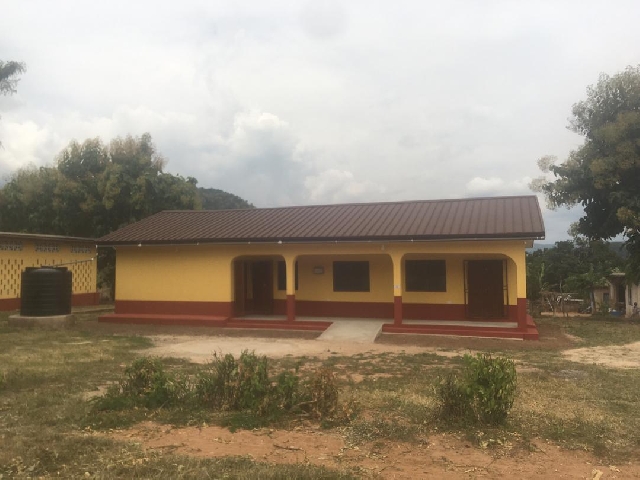 The facility was built by the Volta River Authority (VRA) Resettlement Trust Fund in collaboration with the District Chief Executive (DCE) for the area, Mr Edmond Kudjo Atta.

The centre is expected to facilitate teaching and learning in the Tsoxor Basic and Junior High Schools.

According to the Senior Technical Officer of the VRA Resettlement Trust Fund, Mr Anthony Agblevor, there are 52 resettlement communities under the VRA out of which Tsoxor is the first to get an E-library infrastructure.

Speaking to the media after handing over the centre to the chiefs and people of the community on Tuesday, 8 September 2020, Mr Agblevor said the facility will go a long way to help in the teaching and learning of ICT. since it is critical in modern education.

He said: “Now that there is an introduction of ICT in our basic schools, this is going a long way to help the community for them to also upgrade themselves in the study of ICT”.

For his part, the DCE, who is also the parliamentary candidate for the governing New Patriotic Party (NPP) in the area, mentioned that the project is a priority to the people.

Mr Kudjo Atta, who is also the Dean of MMDCEs in the Volta region, added that the beneficiary community is one of the most-deprived communities in the district but he sees the need to improve their lives and that such a facility is needed as part of developing the village.

“You will bear with me that this is one of the remotest parts of my district and, so, they've been deprived of some of this ICT and all that over the years, and so when the opportunity comes, why not extend some to them”.

Speaking on maintenance culture, the DCE charged both the community and the learners to take good care of the edifice and desist from any act that will lead to any destruction or damage.