Abraham to start for England in Andorra 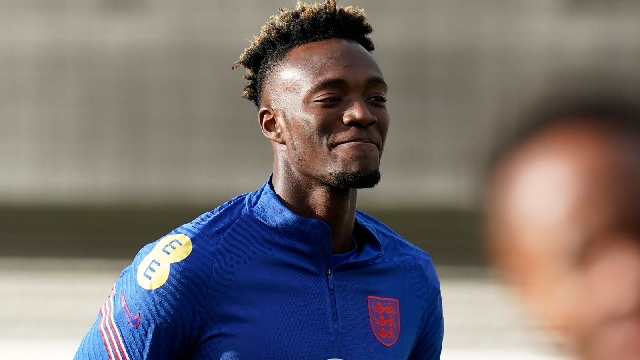 Tammy Abraham moved to Roma from Chelsea in the summer

Tammy Abraham is expected to start for England in their World Cup Qualifier against Andorra on Saturday.

Sky Sports News has learned the 24-year-old, who joined Roma from Chelsea in a £34m deal in the summer, will lead the line for England at the Estadi Nacional.

Abraham, who has not featured for England since a substitute appearance against Iceland 11 months ago, fell out of favour at Chelsea following the arrival of Thomas Tuchel as head coach in February.

The Chelsea youth product scored a hat-trick in what proved to be Frank Lampard's final match in January, playing seven more times for the club, and was left out of the victorious Champions League final squad.

Atletico Madrid right-back Kieran Trippier will captain Gareth Southgate's side in the game in Andorra la Vella, a decision which suggests that neither Harry Kane nor Jordan Henderson will be in the starting line-up.

Ben Chilwell could also come back into the side at left-back after replacing Chelsea team-mate Reece James, who was forced to miss international duty due to an ankle injury suffered against Manchester City.

UEFA confirmed on Friday the game is set to go ahead as planned despite a fire at the stadium which burned down the television gantry and part of the pitch.

Sky Sports News' reporter Rob Dorsett was broadcasting live when the fire broke out, and a thick plume of black smoke drifted towards the nearby flats as stadium employees and the fire brigade worked to extinguish the blaze.

Tammy Abraham is loving life under Jose Mourinho after answering the Roma manager's call to spurn Premier League interest for a fresh start in the Italian sunshine.

He said: "Why Italy? Good question. I had different options. So many clubs I was speaking to at the time. Italy came and I spoke to Jose. He had a goal.

"The first thing he said to me was when I picked up the phone he was like 'do you want to enjoy some sun or stay in the rain?' I laughed.

"I think at first I did not think much of it when we were speaking. I think my mindset was that I wanted to be in the Premier League and I wanted to stay here."