Asamoah out of Inter's CL showdown with Dortmund 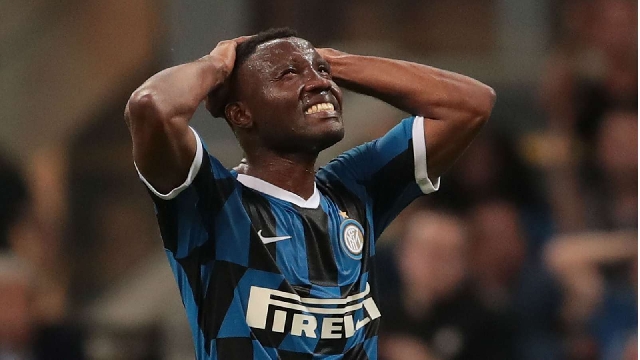 The defender has failed to recover from an injury in time for the matchday four tie away at Signal-Iduna Park, having similarly missed Saturday's Italian Serie fixture with Bologna.

It will be a blow to Inter who have had the 30-year-old as their first-choice left-back in all three games played in Europe thus far this season.

“[Stefano] Sensi is back fit. He’s had three full training sessions back with the squad, we’ll see how and when to use him best," Inter coach Antonio Conte said in his pre-match team news, as reported by his club's official website.

"[Danilo] D'Ambrosio, Asamoah and [Roberto] Gagliardini are all unavailable.”

Conte also shared light on their approach to the game.

“Anyone who expects a defensive game from us is mistaken," he said.

"We’ll show up to play the game we know, taking the game to the opposition.

"If we play on the back foot that will be down to Borussia Dortmund.

"Whether we’re home or away doesn’t affect our style of play, we know our strengths but we’re also aware of our weaknesses and we’re working to improve them."