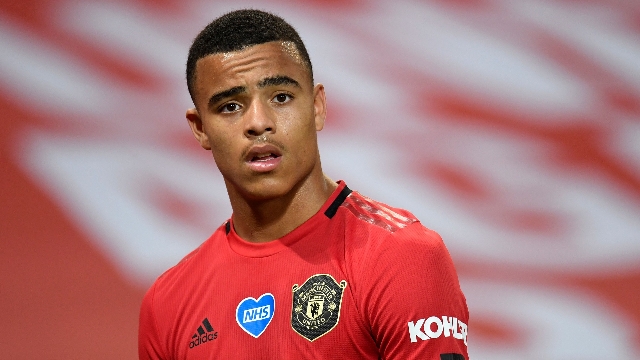 Manchester United forward Mason Greenwood has withdrawn from England's provisional Euro 2020 squad while team-mate Jesse Lingard is to miss out.

Greenwood, 19, was expected to make Gareth Southgate's 26-man party for the European Championships after returning to form at the end of last season.

However United say he will remain in Manchester for treatment on an "underlying injury".

Lingard, 28, excelled during a loan spell at West Ham United in the second half of the Premier League campaign - scoring nine goals and making a further five assists in 16 appearances for the Hammers.

England boss Southgate will name his final squad for the tournament on Tuesday at 17:00 BST, with six players now due to be cut after Greenwood pulled out.

Greenwood featured in 52 games during the 2020-21 campaign, scoring 12 goals, as United finished second in the Premier League and reached the final of the Europa League.

He made his England debut in the Nations League victory over Iceland last September, however, he has not featured since after he and Manchester City forward Phil Foden were told to leave Southgate's squad as a result of a breach of coronavirus quarantine guidelines following that match.

United have not said what the injury is, however Greenwood's withdrawal from the European Under-21 Championships was because of a groin injury.

"Mason Greenwood has withdrawn from the provisional England squad in order to recover fully from an underlying injury that also kept him out of the Under-21 Euros in March," said a United statement.

"Mason's club appearances were managed carefully to maintain his availability through the intensive 2020-21 Premier League and Europa League schedule but a further spell of tournament football would not be beneficial and Mason will recuperate and prepare for pre-season training."