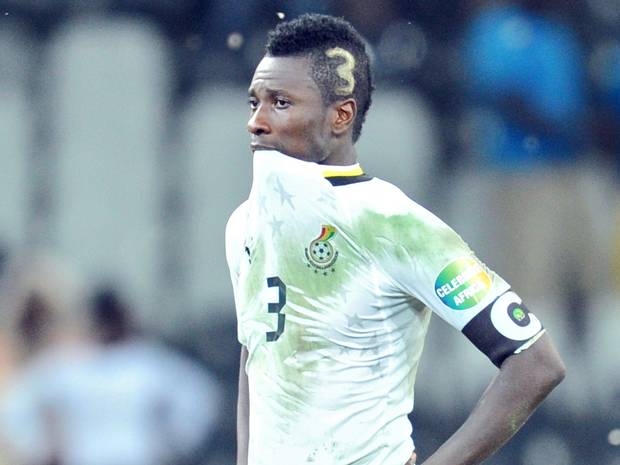 Veteran Ghana forward Asamoah Gyan is not ruling out the possibility of turning up for the Black Stars at the 2021 Africa Cup of Nations in Cameroon.

The 34-year-old striker, currently playing club football for Indian fold NorthEast United, is in the twilight of his career, having already featured at seven Afcon tournaments, three Fifa World Cup events and the 2004 Olympic Games for his country.

Although Ghana's all-time top scorer and the most-capped player with 51 goals in 109 internationals, his stock has seemingly fallen in recent times, owing to his growing age, injuries and loss of form.

At the recent Afcon in Egypt in June/July, he played in two of four matches - all as a substitute - as Ghana were bundled out of the competition in the Round of 16.

“When the time comes and I am available, why not? I am available for Ghana right now,” Gyan told Hindustantimes when asked about his availability for the 2021 continental championship.

The former Udinese and Sunderland striker, who has not been called up by Ghana since the last Afcon, also reflected on his big penalty miss against Uruguay at the 2010 Fifa World Cup which cost the Black Stars and Africa a historic first-ever semi-final place.

“It haunts me every day. I will never forget this. It has become part of my life. [I won't move on until] Ghana qualifies for the semi-final [another time] because we had a chance and I blazed it away," Gyan added.

“Even when I stop playing, it will haunt me. Even when I am seeing football on TV and there is a penalty in a normal league game, it just pops into my mind. It is like, ‘I don’t want to see a penalty in football because it connects my mind to 2010’. What is keeping me going is that I am strong mentally.”

With his big influence on and off the pitch for Ghana, Gyan also spoke about the possibility of venturing into politics at the end of his career.

“A lot of people close to me and many in my country have asked why I don’t get into politics," he revealed.

"Because of the influence I have in Africa, they know I can do well in politics. For now, my mind is not there (because) I am not out of the game yet. But anything can happen in life.”

Gyan has so far made six league appearances and scored three times for NorthEast United whom he joined in September.