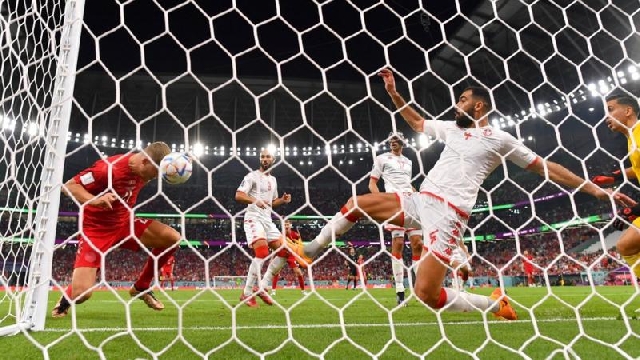 Denmark were held to a draw by Tunisia in their World Cup opener in a raucous atmosphere at the Education City Stadium in Al Rayyan.

Despite fielding many Premier League regulars, the much-fancied Danes were given a tough workout in Group D.

Both sides had goals ruled out for offside, while Denmark's Andreas Cornelius somehow missed from a yard.

There was 95th-minute drama when referee Cesar Ramos checked the pitchside monitor over a potential Denmark penalty for handball, only to stick with his original decision and award a goal-kick.

One of the pre-tournament favourites, Denmark will need to find some form if they are to qualify from a group that also includes World Cup holders France.