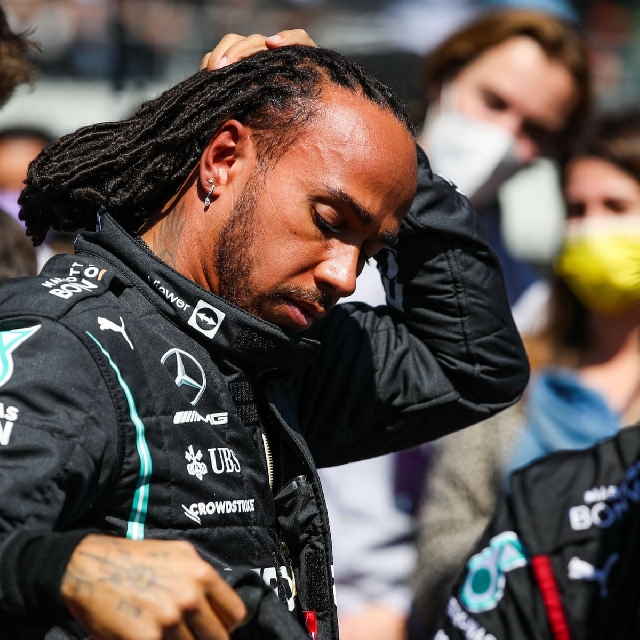 Lewis Hamilton's Mercedes car has been referred to stewards at the Sao Paulo GP due to an alleged DRS infringement during qualifying while, in a huge development, Max Verstappen has also been summoned in Brazil.

Hamilton, who is already set to serve a five-place grid penalty for Sunday's race, topped qualifying for the F1 Sprint ahead of championship leader Verstappen - but both are now subject of an investigation.

Hamilton's hearing has been adjourned to Saturday in Brazil while stewards "await further evidence that will not be available until the morning".

Shortly after that communication was sent out by the FIA late on Friday night, Verstappen was called in a separate summons to appear before the stewards on Saturday at 12.30 pm GMT for a possible breach of parc ferme rules after qualifying.

Why is Hamilton's car being investigated?

F1's technical delegate said Hamilton's Mercedes car did not fulfil the "maximum distance" required for DRS, the Drag Reduction System which with its movable flaps on the rear wing increases speed on the straights.

"The uppermost rear wing element adjustable positions were checked on car number 44 for compliance with Article 3.6.3 of the 2021 Formula One technical regulations," read a statement on Friday after qualifying.

"I am referring this matter to the stewards for their consideration."

The DRS is comprised of an upper and a lower flap, and it appears the gap between those was bigger than rules allow when deployed.

Sky F1's David Croft posted on social media that a grid penalty could be coming Hamilton's way - although only for Saturday's 24-lap Sprint and not for Sunday's race, which Hamilton already has a penalty for due to a new Mercedes Internal Combustion Engine.

Why is Verstappen now seeing the stewards?

Stewards want to speak to the Red Bull driver about an alleged breach of Article 2.5.1 of the International Sporting Code.

"Inside the Parc Fermé, only the officials assigned may enter," reads the regulation. "No operation, checking, tuning or repair is allowed unless authorised by the same officials or by the applicable regulations."

Fan video footage uploaded to social media after qualifying of parc ferme appeared to show Verstappen going over to Hamilton's Mercedes to touch its rear wing, after doing the same with his own Red Bull.