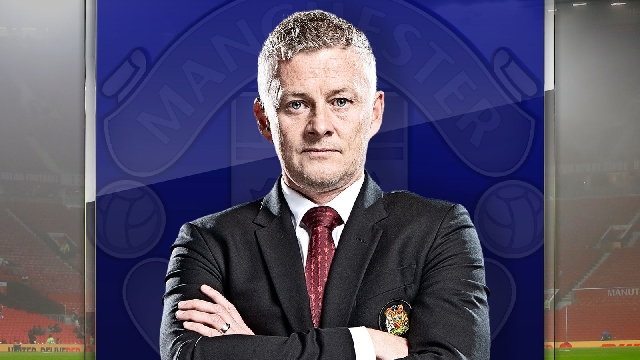 "I see them up close every day and they are special athletes and performers."

Manchester United are in the midst of a potentially pivotal moment in their season but Ole Gunnar Solskjaer is convinced his players will be embracing the challenge of facing Liverpool on Sunday, rather than feeling the pressure.

"Big players relish these games," he tells Sky Sports with a smile.

Rain showers had rolled through Friday morning's training session and there are a handful of key players carrying knocks, but speaking to Solskjaer after his pre-match press conference, his mood is optimistic and ambitious. "The mentality they show to be ready for Sunday after Wednesday night is fantastic."

The extraordinary second-half fightback against Atalanta in the Champions League has certainly rejuvenated the group. After the poor 4-2 defeat at Leicester last Saturday, there were alarm bells ringing when United trailed 2-0 at half-time. At least from the outside.

Solskjaer insists his side had played well in that opening 45 minutes and only trailed because their clinical visitors had punished their own wastefulness - although he concedes the narrative would have been different had they not delivered another classic comeback; another Old Trafford European night to remember.

It was a timely boost, with Liverpool, Tottenham and Manchester City next up in a gruelling run of Premier League fixtures.

Cristiano Ronaldo, of course, was the ultimate hero of the piece, rising brilliantly to head in the late winner to complete the turnaround.

But what makes Ronaldo so good at delivering in those crucial moments? Solskjaer, who, as a striker scored plenty of decisive goals of his own, puts it down to fitness, experience and desire.

"First of all, he's fit enough to do it still. But he's played this game 500 times before. He's been in that situation so many times, and it's one of them: 'I know what [team-mate Luke Shaw] is going to do, I know where I need to be and I'm still capable of doing it'. That's key.

"He's changed his position from being a wide forward into more of a box centre forward because he knows how to score a goal, he wants to score goals. When he first came, with all the tricks and the pace, he had the hunger - and he's still got the hunger.

"He's done what every player has to do throughout his career, you have to evolve."

That shift for Ronaldo, from an electric winger to a killer striker more focused on short bursts rather than sustained efforts, was in the spotlight earlier this week when, in the aftermath of the defeat to Leicester, it was questioned whether his presence in the side contributes to a disjointed, passive approach from United when they don't have the ball.

It's a suggestion Solskjaer firmly refutes. Adaptations need to be made to accommodate him, says the United boss, but Ronaldo applies his efforts exactly as he's required to.

"When Cristiano came to us, he'd not had a proper pre-season at Juventus and you can see he's gradually getting fitter and fitter," says Solskjaer. "Now he feels: 'I'm getting towards the level I know I can be'.

"Wednesday night, the focus, the physical effort, the run… he had the highest amount of sprints, the longest sprint distance, the longest high-intensity distance.

"We talk about players who run a lot, he does as much as them. If people want to criticise his work ethic, that's completely wrong. You see him running down the channels, which he has to do as a centre forward.

"He does the work that we want him to do for the team. Of course, the team, when you have a player like him, you've got to get the best out of him, but he knows he's part of the jigsaw of that team and he's been brilliant."